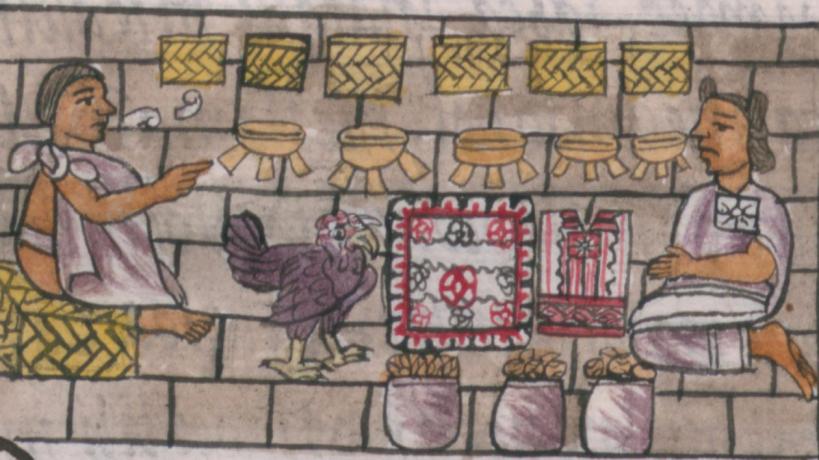 This is a Zoom presentation. Click here to register.

Animals and humans have lived together for millennia, at times competing for food, water, and territory, but also sustaining one another. Environments and ecologies unique to each region of the world have shaped the interaction between human and animal communities, and a series of complex relationships have evolved over time that reveal an uneasy symbiosis between the nutritional, economic, and cultural needs of humans and the multiple features of the animal kingdom. Animals have served as modes of transportation, have been used as beasts of burden to plow fields and haul heavy cargo, have carried hunters and warriors on their backs, and have provided crucial companionship inside the home. ASM zooarchaeologist Martin Welker will examine the archaeological and ecological record of human and animal co-evolution and interaction to demonstrate how human and animal communities have impacted and shaped one another. ASM ethnohistorian Michael Brescia will explore how the intersection of political economy, technologies, and culture--starting in the sixteenth century and rapidly accelerating in the early nineteenth century--radically transformed the animal-human continuum in an increasingly globalized world seeking material progress at every turn. Welker and Brescia will employ examples from around the world to illustrate these major themes, although the more detailed case studies will come primarily from the Americas, especially North America.

Session 1: Introduction – Toward an Interdisciplinary Understanding of Animal-Human Interaction

Description: Many animal species have shared a multifaceted relationship with human communities through time. Historians and archaeologists seek to understand these relationships using different, but complementary methodologies that capture both the human perception of past events and the remnants of human and animal behavior. Together, these approaches provide a lens into the past that we will use to examine the complex relationships between human and animal species in the Americas. In this introductory session, we will explore the nature and scope of the historical and archaeological records and the impact of cross-cultural contact and exchange on human-animal relationships in the Americas since 1492, what scholars identify as part of the Columbian Exchange.

Description: Domestic livestock were foundational to human communities ranging from the earliest agrarian communities in Eurasia to European colonies in the Americas. As important sources of food and labor, cattle were one of the first domesticates that European settlers introduced to the New World. Cattle subsequently played a key role in sustaining European settlements and supporting many colonial economies, while sheep, goats, and pigs played similar roles that transformed the ecological landscapes of the Americas, thus diminishing the traditional lands of many Indigenous communities.

Session 3: “…to give my dogs some meat:” Dogs Inside and Outside the American Home

Description: The dog, widely recognized as man’s best friend, is the first species to have been domesticated and has been adapted both physically and behaviorally to an array of roles unmatched by any other animal species. The history of dogs in the Americas is complicated and involves at least three distinct colonization events, two of which precede European arrival. As one of only two domesticated animal species in North America until the arrival of Europeans, dogs filled many niches within Native American communities providing everything from fiber for textiles, transport labor, food, assistance when hunting, and companionship. Dogs also played a prominent role in European efforts to explore and conquer the Americas, which provides us with a unique opportunity to compare the trajectory of dog-human relationships in the evolution of Native America societies in the post-conquest period.

Session 4: Patterns of Animal-Human Reciprocity in the Americas, Part I: From Horses to Turkeys

Description: At first glance, the Columbian Exchange seems one-sided, favoring the European conquerors and settlers at the expense of the Indigenous population. In the fourth session of our Master Class, we will examine the transformation of certain Native American communities in the wake of the horse’s “return” to North America and the introduction of a new animal—sheep—and untangle the myths and stereotypes that continue to linger in the United States surrounding the Indigenous use of horses and sheep. We also will look at how animals with origins in North America, such as the turkey and eagle, fashioned the emerging Euro-American consciousness in the Age of Enlightenment.

Session 5: Patterns of Animal-Human Reciprocity in the Americas, Part II: The Bark Between Anthropology and History

Description: In the fifth and final session our Master Class, we will explore some of the conceptual challenges that historians and archaeologists face when writing about the long-term consequences of the ecological, cultural, and social disruptions that took place in the western hemisphere when European and Indigenous lifeways collided. Themes include species extinction, human health, the science of climate change, and extending “personhood” to animals.  The intersection of European and Indigenous cultures in the Americas resulted in the exchange of cultural ideals and practices, while also causing undeniable environmental transformation. Animals have played a crucial role in both the cultural and ecological development of the Americas in ways that continue to color our perception of the hemisphere and the history of the peoples who have occupied it for millennia.

Image: Aztec illustration of a turkey, or guajolote in Nahuatl, taken from the sixteenth-century Florentine Codex.