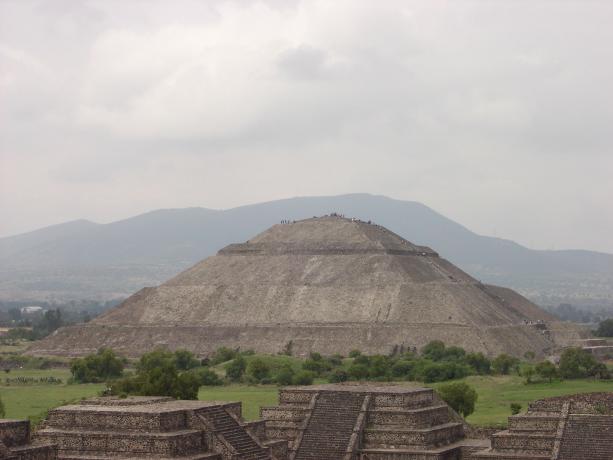 Discover the roots of U.S. Southwest cultures by exploring and comparing those of central and southern Mexico from pre-Columbian times to the present day. You will trace 2,000 miles and 4,000 years of mutually enriching contact, interaction, and exchange with museum archaeologists and historians. Based in Mexico City, your ten-day adventure features expertly guided exploration of one of the largest metropolitan areas in the world, as well as neighboring Puebla and Tlaxcala; major archaeological sites such as Teotihuacán, Cholula, and Cacaxtla; baroque cathedrals, open-air markets, haciendas, monasteries, and museums — all emphasizing the connections between central and southern Mexico and the U.S. Southwest. Experience and enjoy all the wonderful cultural, artistic, and culinary traditions that tie the regions and people together.

Image: Temple of the Sun, Teotihuacán