Beginning in the late 1800s, archaeologists in the U.S. Southwest referred to a class of thin, broad stone artifacts—often made from platy rocks such as slate or schist—as hoes, assuming that such implements were used to prepare and weed ancient agricultural fields.

By the 1960s, researchers began to call these objects “mescal knives” or “agave knives,” having noted that the distribution of these artifacts matched the known range of agave and that native Southwestern peoples had traditionally used similar objects to harvest and process agave for food and fiber. In the 1970s, the term “tabular tool” became popular, reflecting the fact that such artifacts may have been used in a variety of activities.

Based on parallels between some ancient tabular tools and implements used during the early historic period in the Southwest (as well as metal tools used today, in Mexico), archaeologists infer that some of the artifacts previously identified as hoes or knives were used by the Hohokam to remove agave leaves from the core or “heart” of the plant, which was then roasted and eaten. Some of these tools formerly called hoes or knives, however, were actually used as scrapers for removing the thick pulp that surrounds the fibers in agave leaves. Agave fibers, once cleaned of pulp, were dried in the sun and then spun into thread for textiles.

Experiments in agave harvesting and processing by archaeologists and studies of scratches and other indicators of the different motions in which tools were used (chopping, slicing and sawing, scraping) have also provided evidence of the functions of these artifacts. Traces of agave fibers and other tell-tale residues have been found on some of these ancient implements.

Not all Hohokam tools used for removing agave pulp were T-shaped. This form, with “built-in” handles, was common in southern Arizona between 950 and 1300 C.E., but other implements used for this task likely consisted of a rectangular blade mounted in a wooden handle like those used by the Otomí of central Mexico. The Otomí employ a wooden-handled scraping tool with a metal blade to extract fiber.

There is evidence to suggest, however, that such tools formerly had stone blades among the Otomí as well as the Aztecs. Stone scrapers the same shape as those referred to as agave knives in the Southwest are frequently recovered in the archaeological sites of central Mexico, where they have been linked to fiber production and are referred to as azadas.

I chose this implement because it is one of the most complete specimens of this type of tool in the Museum’s collections and because it is a great example of how much can be learned from an artifact. Archaeologists have used the distribution of tools like this to investigate household specialization in food and fiber production at different Hohokam villages and even as a way to make inferences about ancient gender roles.

Also, an agave-processing tool illustrates all the different lines of evidence that archaeologists bring to bear when attempting to determine the use of an artifact: ethnographic analogy (determining how living peoples use similar objects), experiments, residue analysis, use-wear studies, and considerations of context (where an object was found and with what it was associated).

ASM received this tool as a gift. It came to the Museum as part of the collection amassed by the late avocational archaeologist, Norton Allen. In the years before historic preservation laws, Mr. Allen excavated Hohokam sites that would have otherwise been destroyed by development. He did this work under the guidance the encouragement of former ASM Director, Emil W. Haury. 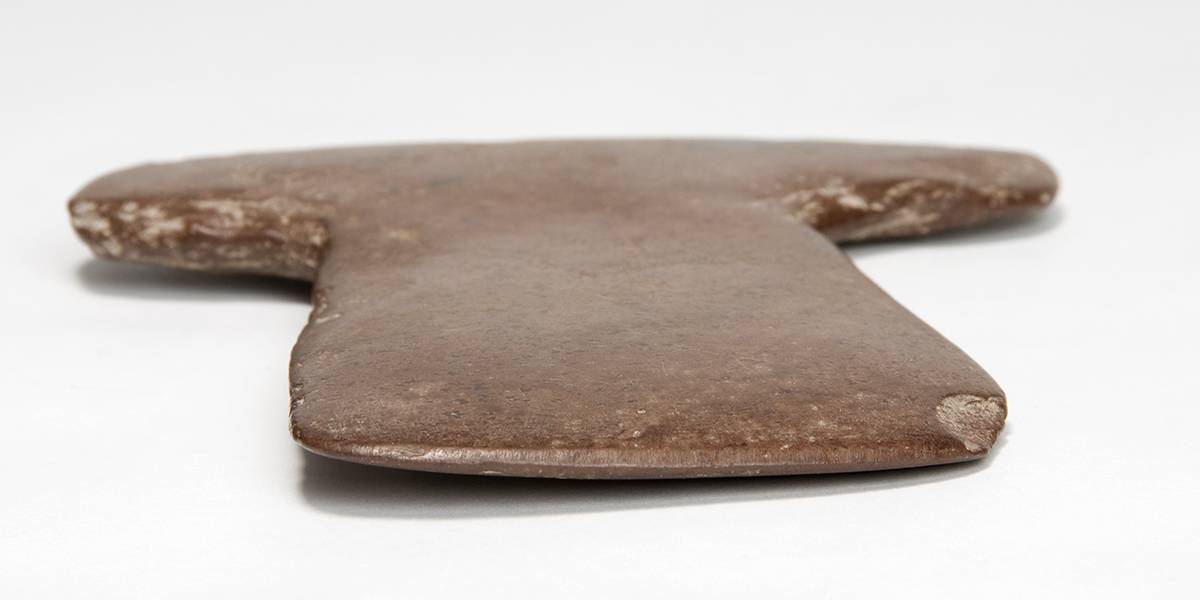 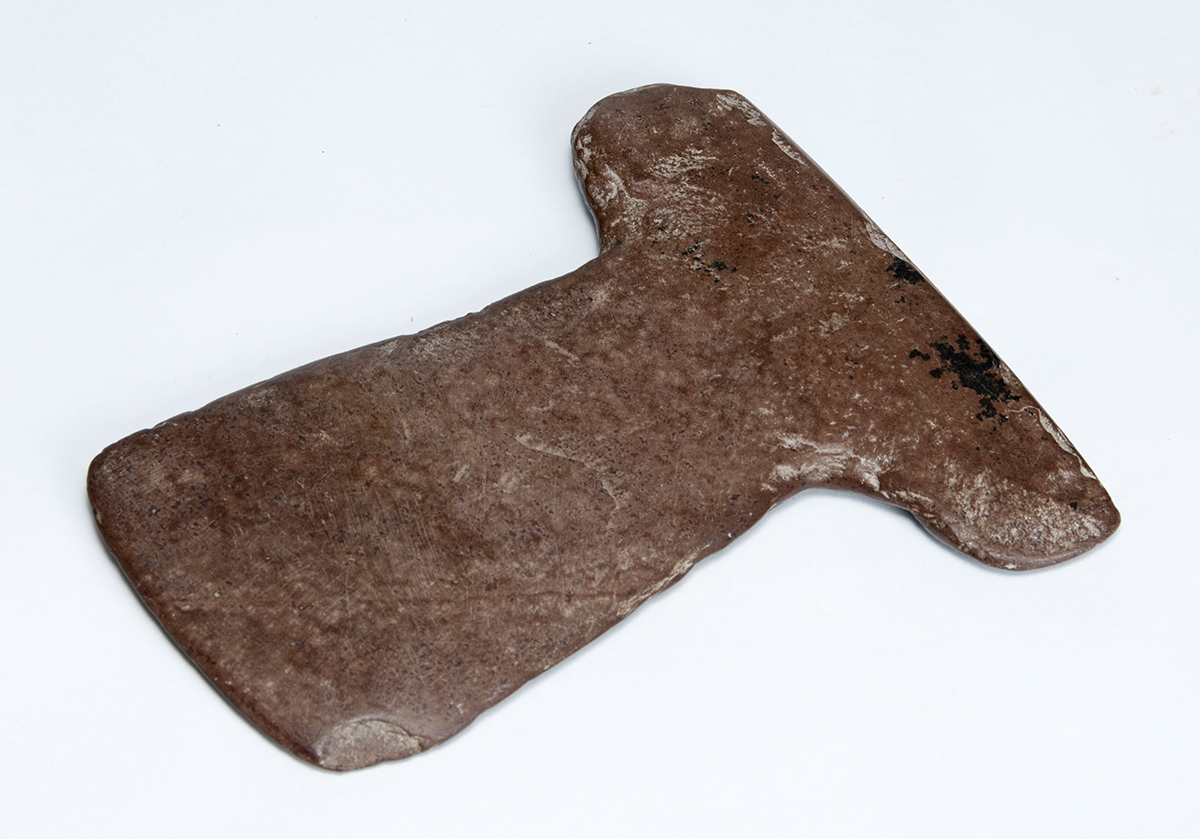 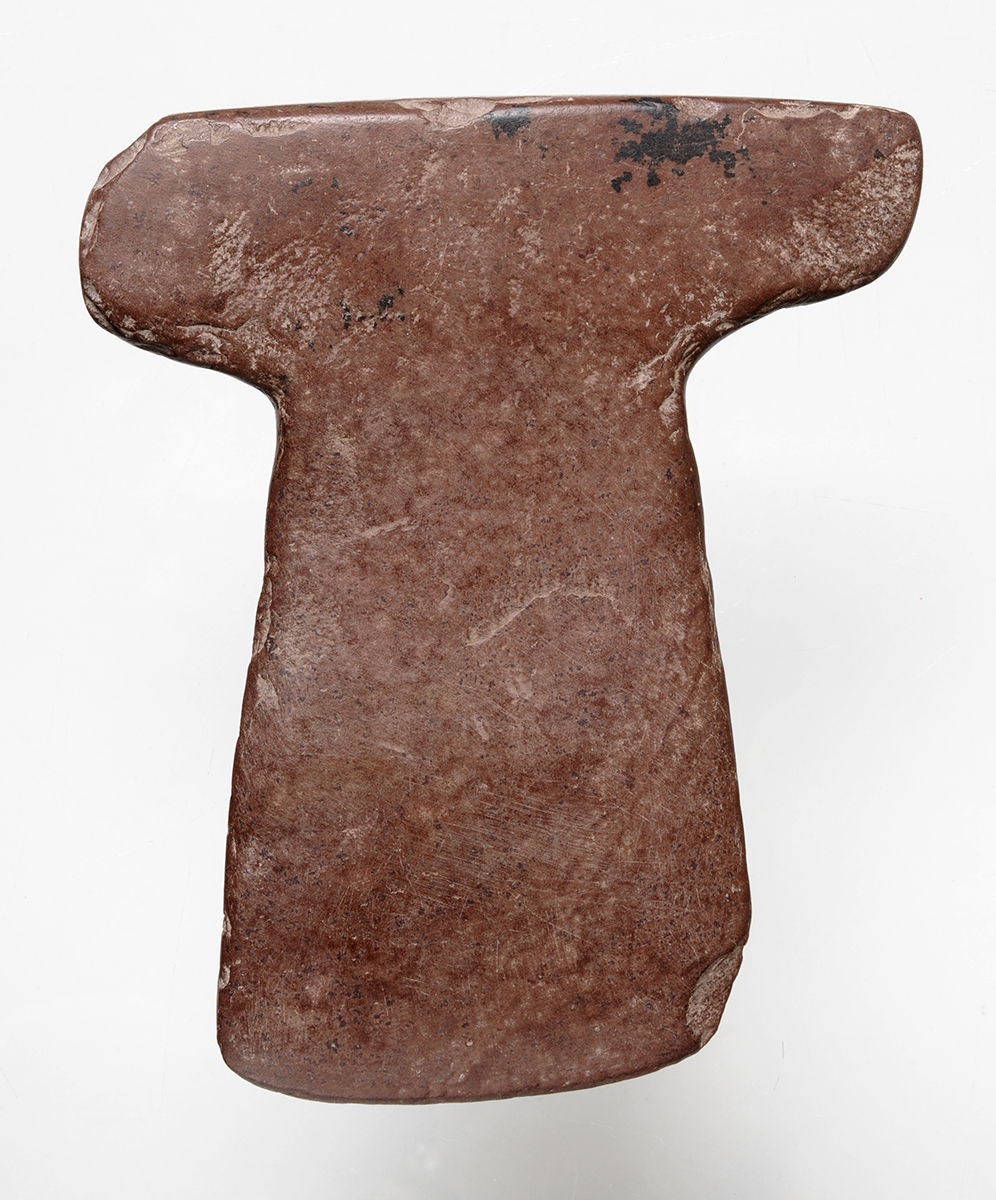 Ferg, Alan, and Richard A. Schwartzlose