This magnificent jar was excavated by Byron Cummings (1860-1954) in the summer of 1916, on just the second archaeological expedition he led at the University of Arizona. Dean Cummings, as he was invariably titled, had been hired a year earlier to direct the Arizona State Museum, located on the UA campus since its establishment in 1893, and to create a new Department of Archaeology for the university.

In that summer of 1916, Dean Cummings led a small field party from the university to northeastern Arizona. Near Kayenta, on the east side of Skeleton Mesa along Parrish Creek (Cummings called it Kaykody Wash), Cummings and his party stopped briefly at a site he referred to as Sheep Corral Cave, probably because of its use by the local Navajo people to shelter their livestock. There, Cummings excavated this jar, a type that archaeologists now classify as Sosi Black-on-white.

In 1916, when Dean Cummings excavated this jar, southwestern archaeologists had yet to devise a system for describing and reliably communicating information about pottery to each other. The ASM catalog card for this jar refers to it simply as “Olla – black and white – prehistoric.” But as the pace of field work in the Southwest increased, archaeologists recognized the need for a more formal system for talking and writing about pottery. The idea of a binomial terminology for pottery types was proposed at the first Pecos Conference in 1927 (Kidder 1927: 490). The binomial system would consist of a place name located somewhere in the geographic range of the type and a term describing the primary technological attribute of the type. At a conference held at the Gila Pueblo Archaeological Foundation in 1930 (Gladwin and Gladwin 1930), a group of archaeologists adopted and recommended the system that, with some elaboration (Colton and Hargrave 1935, 1937), is still in use today. Since the 1930 Gila Pueblo conference, hundreds of Southwestern pottery types have been named, defined and published according to the proposed system (Oppelt 2002).

Sosi Black-on-white was formally named by Dr. Harold Sellers Colton, founder and first director of the Museum of Northern Arizona, and his colleague, Lyndon Lane Hargrave, in their Handbook of Northern Arizona Pottery Wares (1937: 211-213).  The name Sosi derives from Tsegi-ot-sosi (“Slim Canyon in the Rocks”), the Navajo name for a canyon near Kayenta in northeastern Arizona. Sosi Black-on-white is a Pueblo II period Anasazi (Ancestral Pueblo) pottery type. It is characterized by bold, solid elements such as triangles, scrolls, and parallel lines and is painted with a vegetal-based pigment.

Colton and Hargrave initially suggested ca. 1120–1150 CE as the approximate dates of the type's manufacture. David Breternitz (1966: 96) later suggested dates of ca. 1075–1200 CE, based on associations with tree ring-dated ruins, but acknowledged that the dates probably did not accurately reflect the real duration of manufacture. More recently, Kelley Hays-Gilpin and Eric van Hartesveldt (1998: 115) have suggested slightly more limited dates of ca. 1070–1180 CE. Unfortunately, this is the only specimen of decorated pottery from Sheep Corral Cave but we can at least say that the cave was in use sometime in the late 11th to late 12th century. 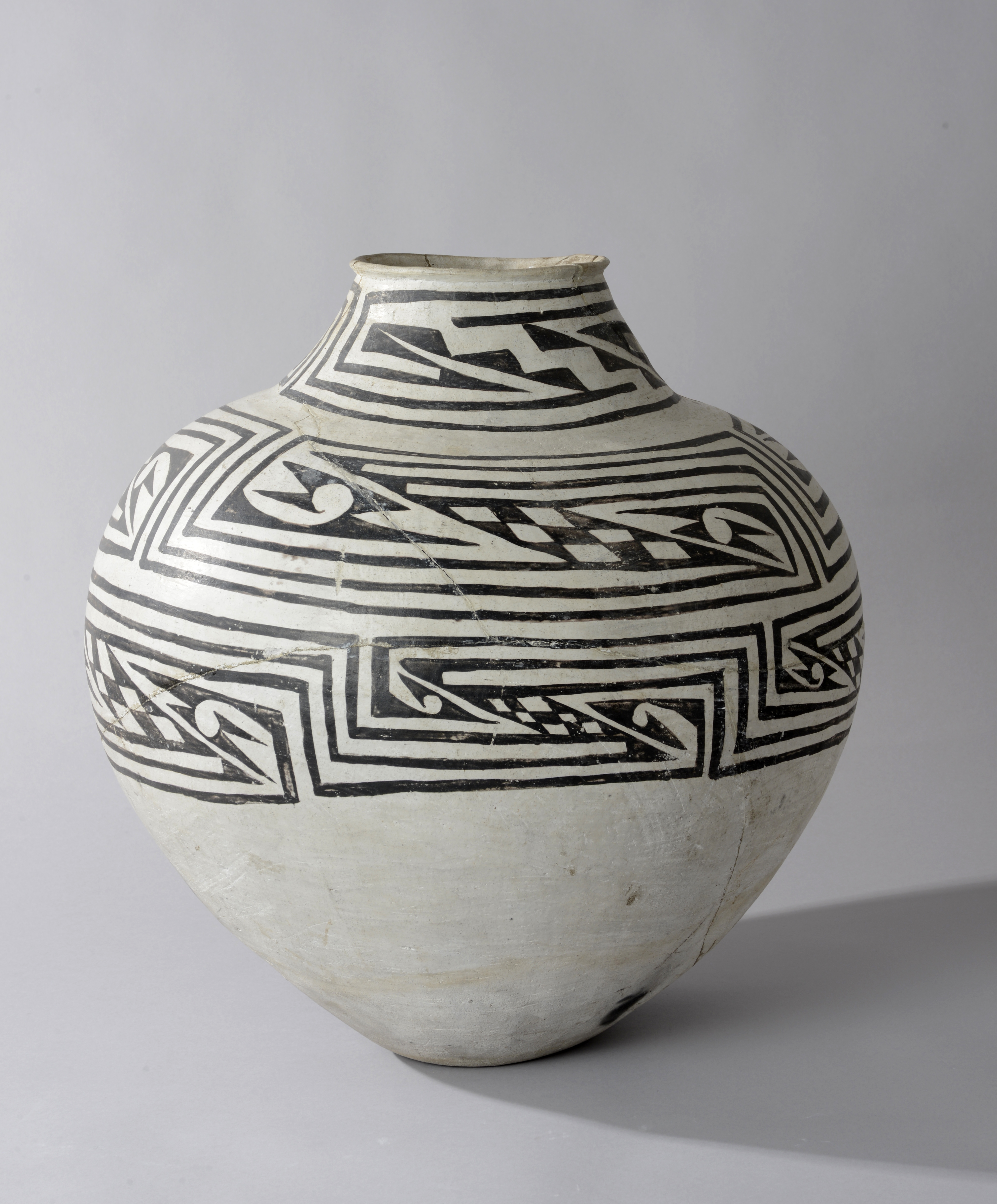 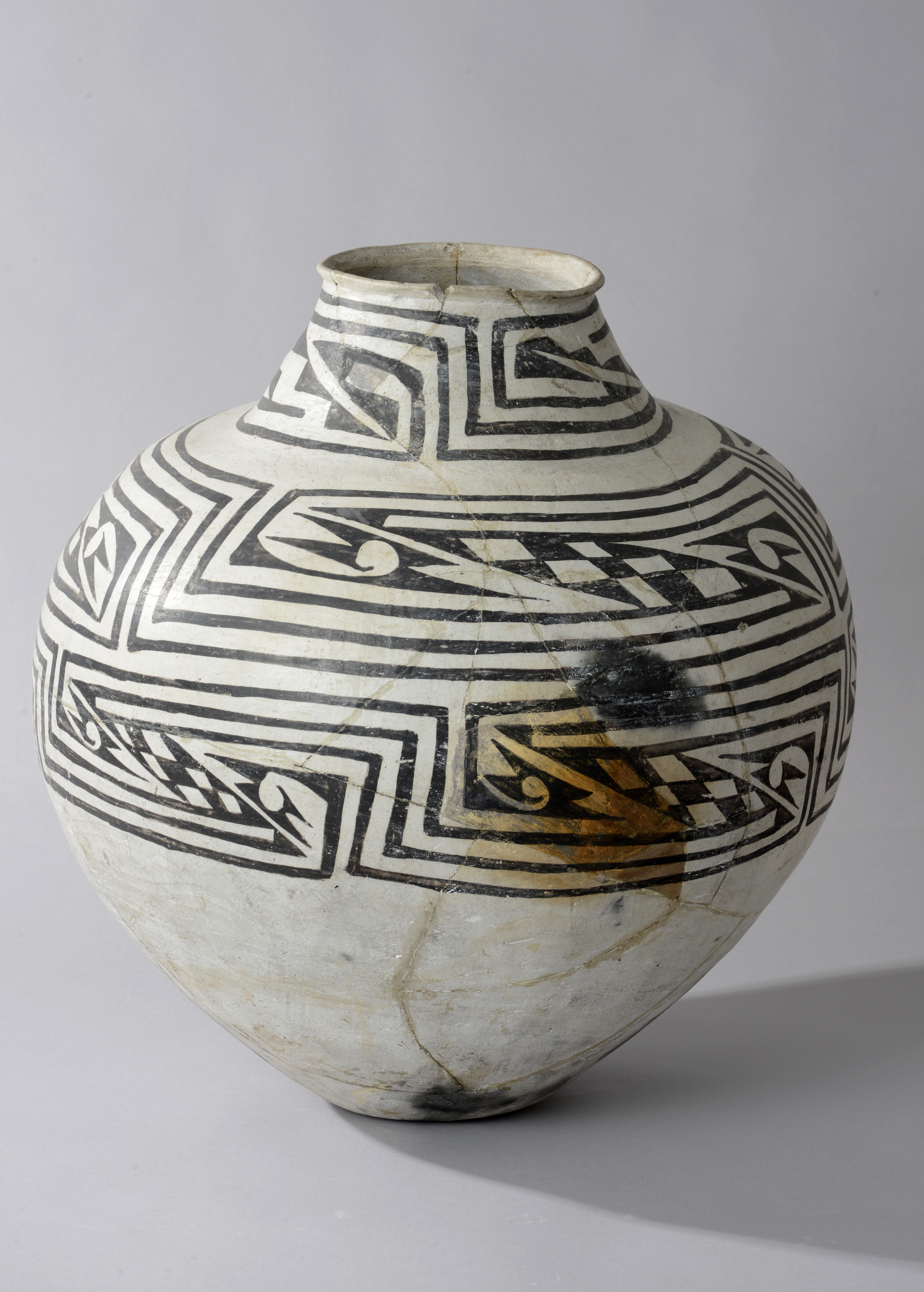 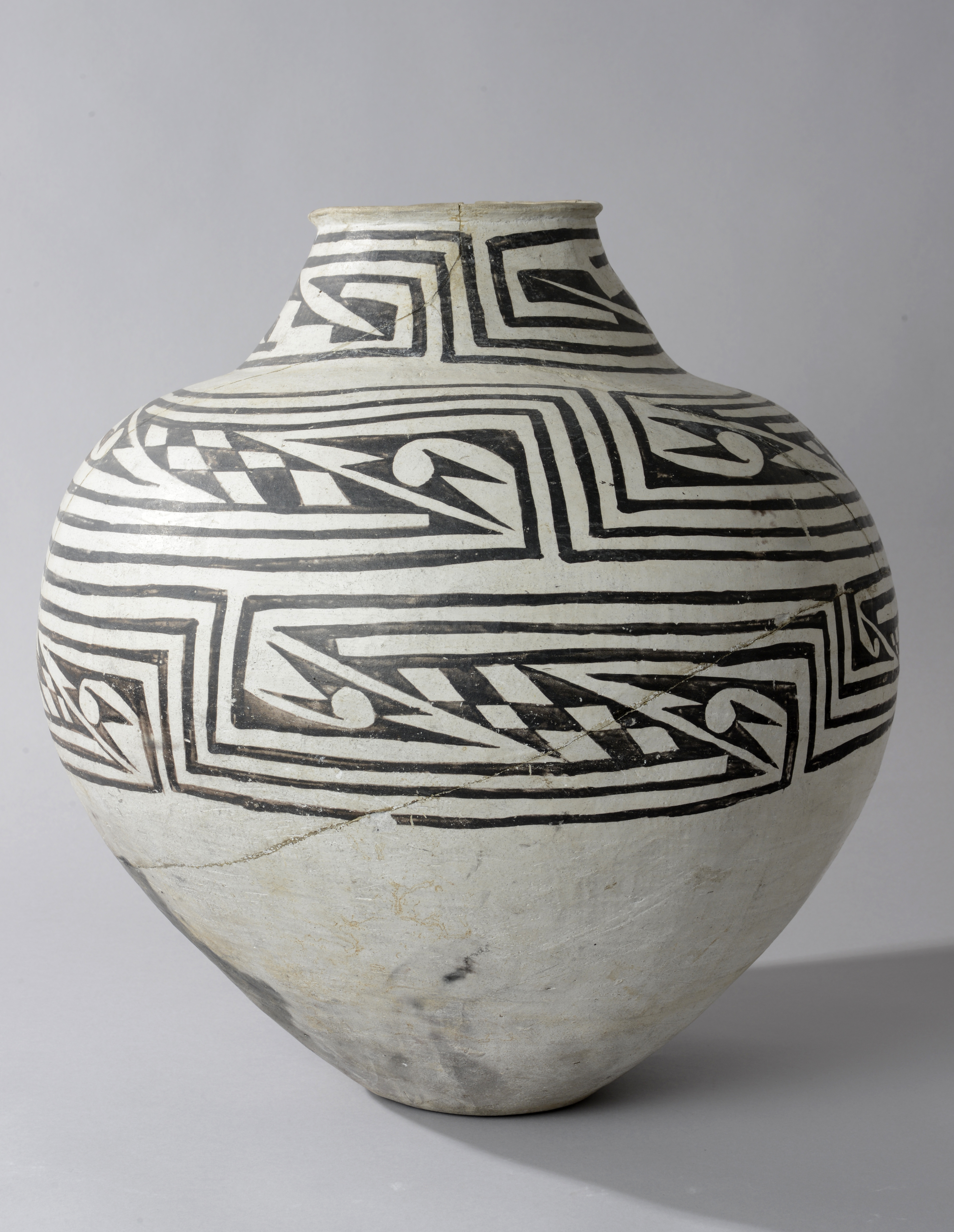 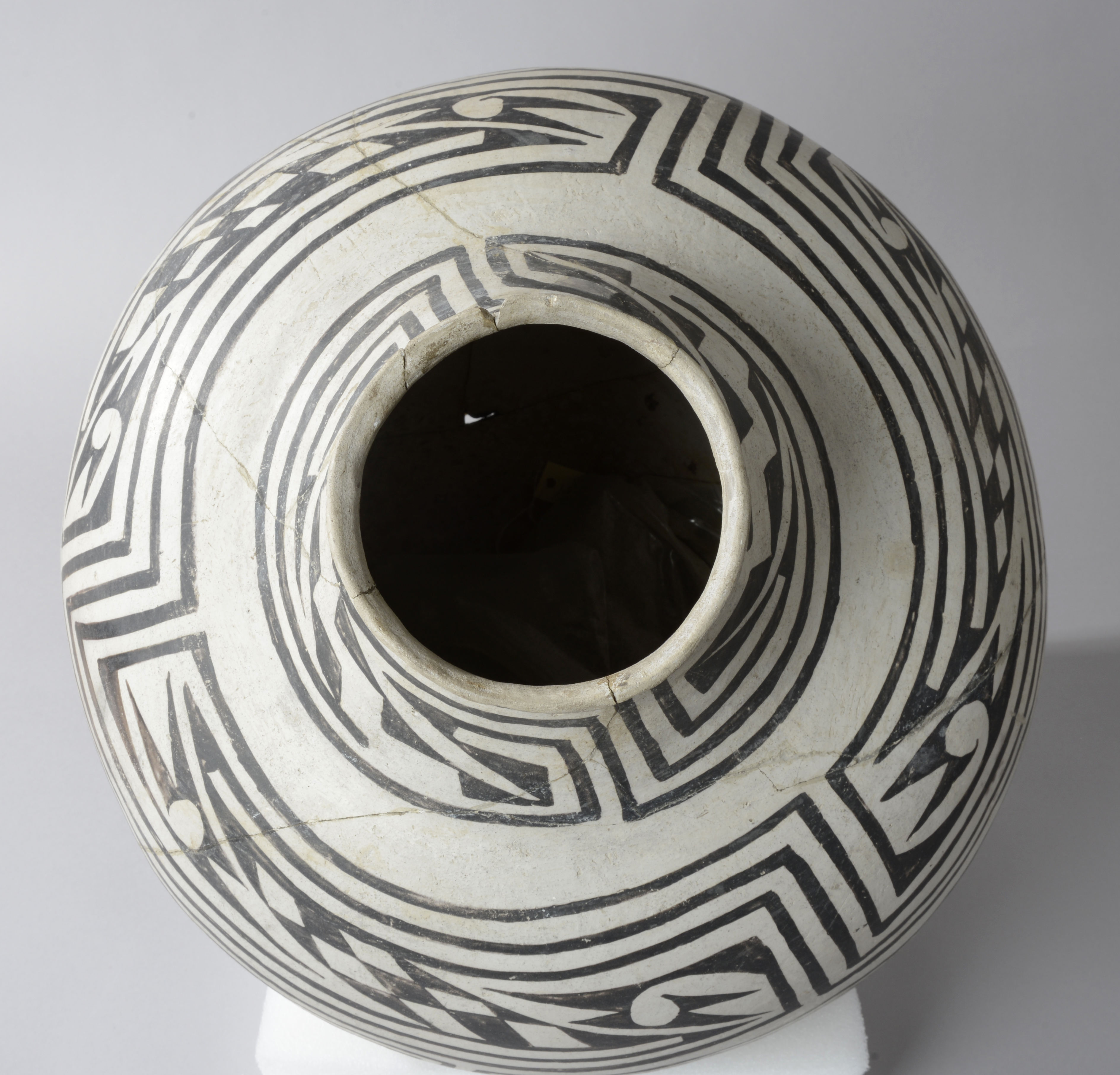