This heavy greenstone yoke is probably a ceremonial replica of a wood, leather, rubber or fiber protective belt worn around the waist by players in a Mesoamerican ballgame where the stakes could cost the loser’s life.

Played by two players or by two teams, a heavy rubber ball was hit back and forth between the players with their hips (in the most common versions of the game) or sometimes with their forearms or with racquets or bats. The highly competitive game was played in a masonry court, usually a long, narrow alley with side walls. Some versions of the ballgame involved hitting the ball through stone rings mounted on the side walls. The ballgame apparently had both secular and religious aspects—in some versions of the game the losers were sacrificial offerings to the gods.

Exactly where the ballgame originated is not known. The oldest discovered ballcourt is at Paso de la Almada on the Pacific coast of Chiapas, Mexico. The Gulf Coast of Veracruz, Mexico, in the Olmec region is another possibility. Versions of the game were played throughout Mesoamerica and as far north as Arizona, though scholars are uncertain how closely related the ballgames played in the Southwest were to the Mesoamerican ballgames.

Versions of ballgames are still played today in parts of Mexico as far north as Sinaloa. The Spanish term for the ballgame is juego de pelota, but the modern game is usually called ulama, after the Aztec (Nahuatl) ullamaliztli meaning roughly “game with a ball.”

The carved jaguar on this yoke reflects the significance of this animal in the spiritual life of the ancient Mesoamericans. Jaguars were especially important as spirit companions and protectors of shamans because of their ability to move stealthily in trees and water, their ability to hunt by day and by night, and their habit of denning in caves, places associated with death and the underworld.

The eye sockets of the jaguar probably once held inlaid shell or precious stone. 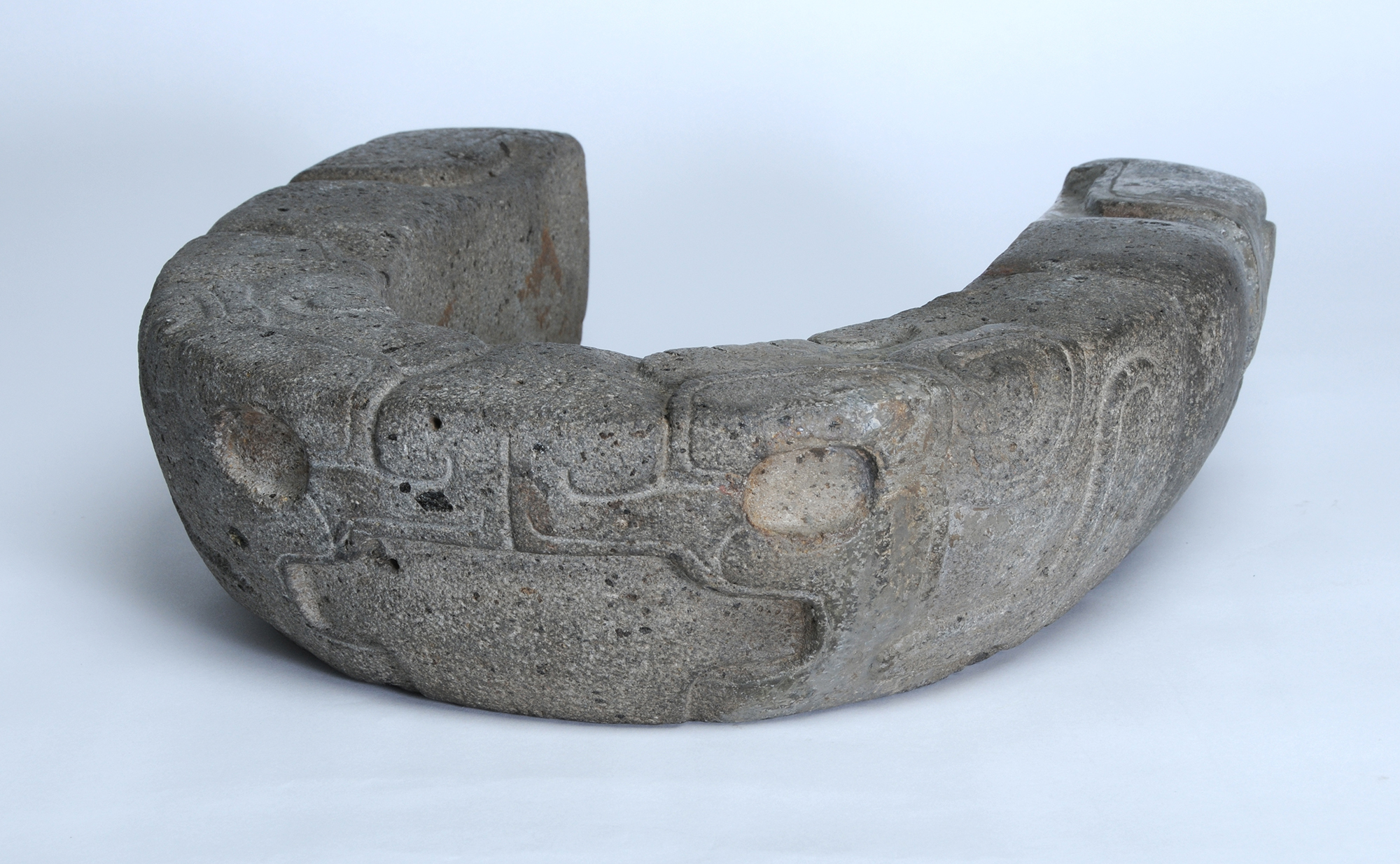 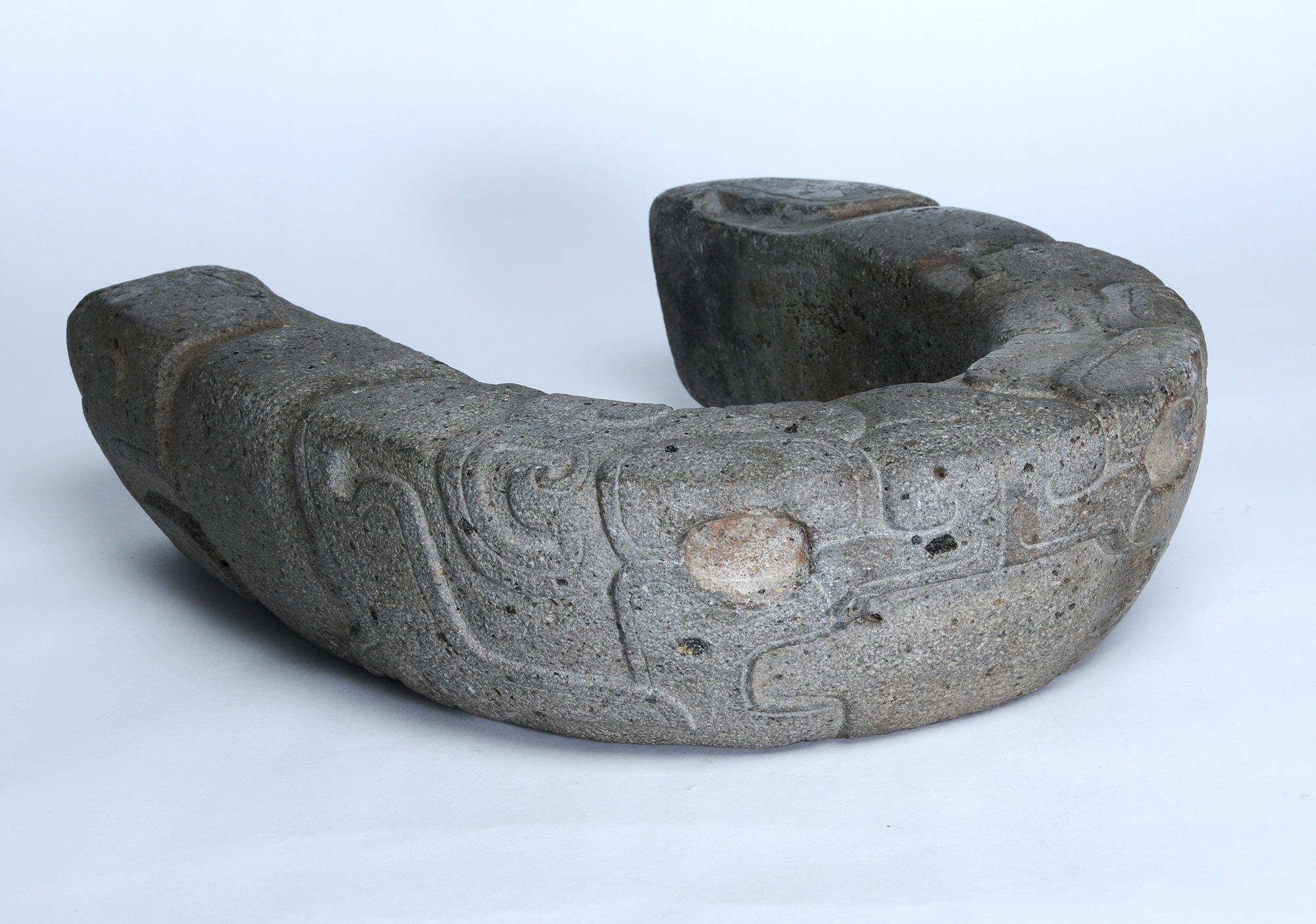 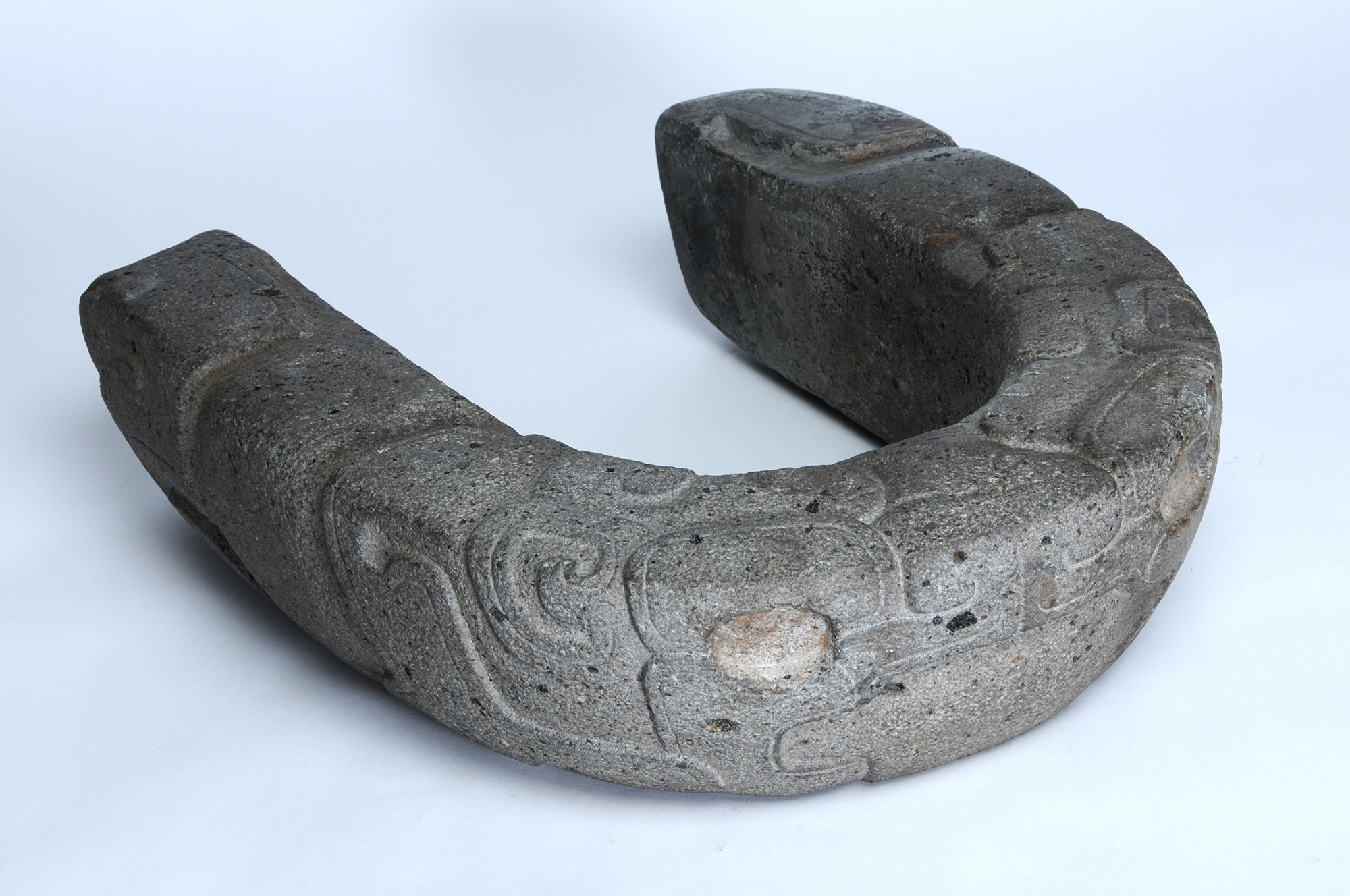 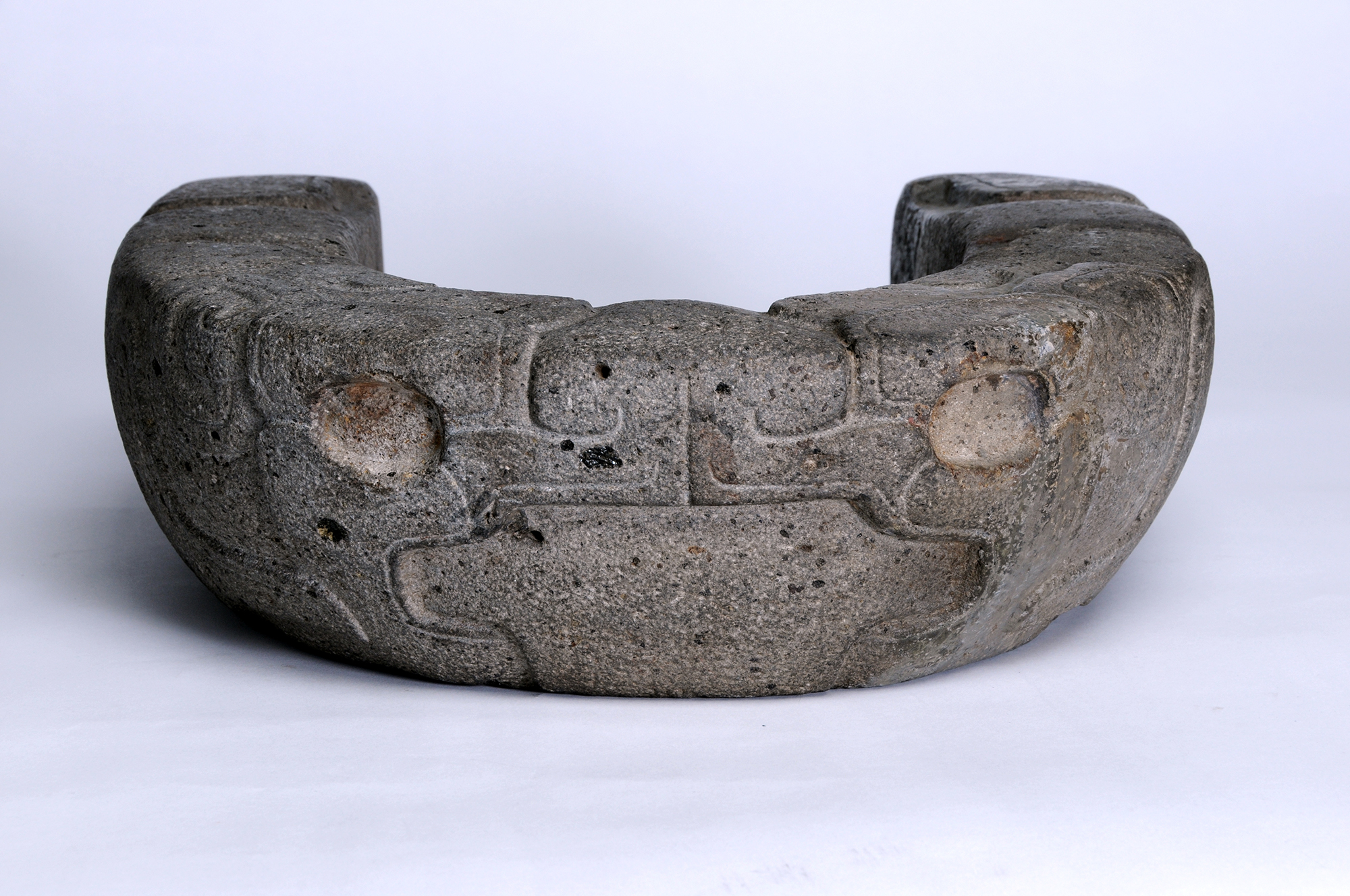 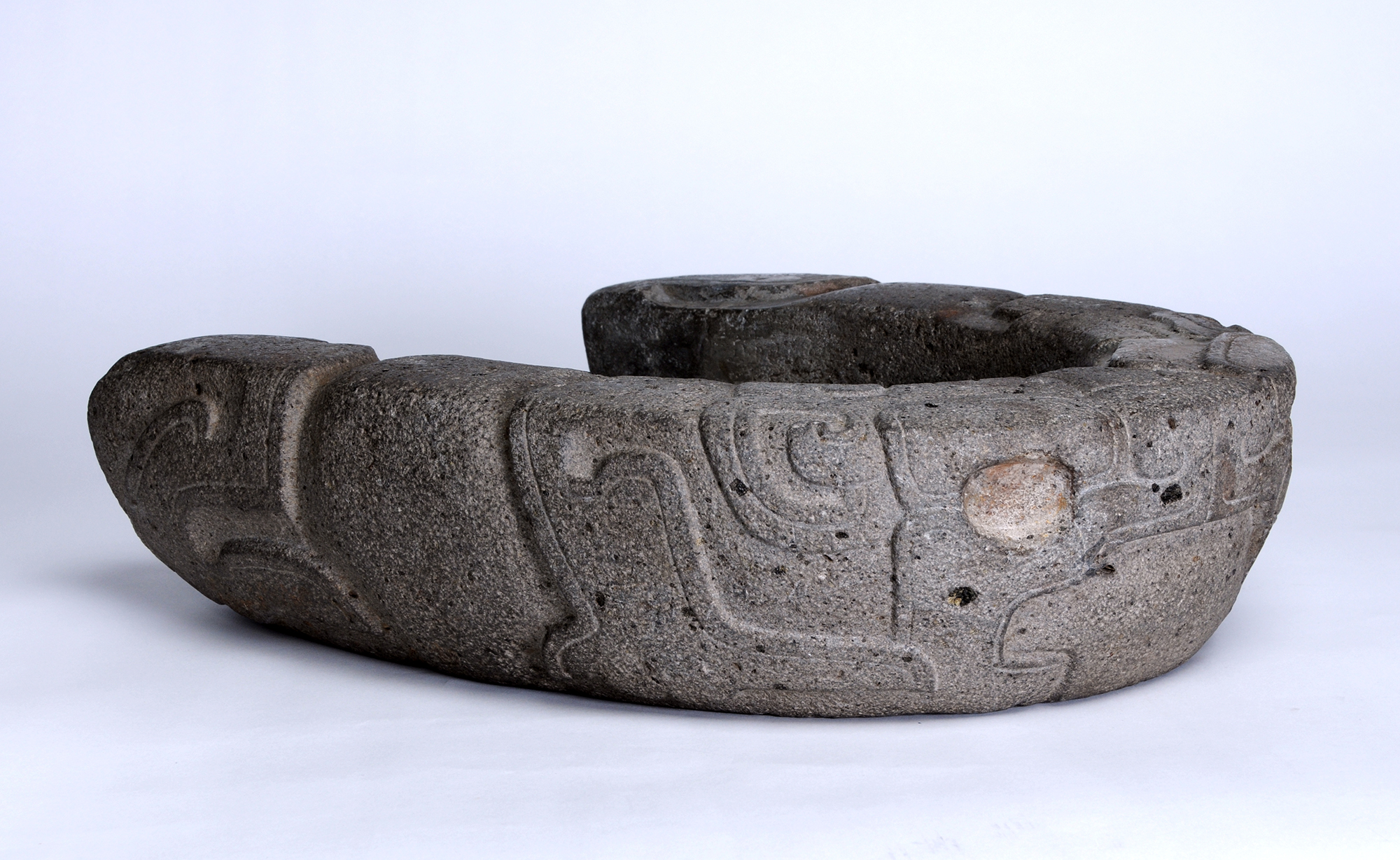 Did You Know? The oldest ballgame in the Americas, Mexconnect Electronic Magazine