Arizona State Museum holds a small collection of sixty-one ceramic oil lamps from the Mediterranean region that range in date from the Hellenistic period (ca. 323 to 30 BCE) through the Roman Imperial period (ca. 27 BCE to 5th–6th centuries CE) and into the Byzantine and Islamic periods (5th to 15th centuries CE). The lamps were donated to the museum in the early 1900s. Fifteen lamps from this collection have been selected for display in the museum’s lobby.

While the details of their provenience (where they were found) and how the donors acquired them are limited, the collection contains diverse examples of the types of ceramic lamps manufactured and used in antiquity. Ceramic lamps were either hand modeled, thrown on a wheel, or cast in molds with relief or “plastic” decoration. They were slipped (coated with an additional layer of clay) or glazed prior to firing to make the fabric less permeable and better able to hold fuel.

Each lamp has a filling hole where the fuel was poured in. Usually, this was olive oil, but sesame, nut, castor, and other plant oils, as well as fish oil and mineral oil were also used. Also present are one or more wick holes, where wicks made from linen, papyrus, oakum (fiber coated with tar), or asbestos (which does burn, but very slowly) were placed and lit. Oil lamps were a necessity in everyday life and were used by every stratum of the population.

This collection, its documentation, and its conservation were the subject of my MA thesis, completed in 1999. While working on my master’s degree in classical archaeology in the UA Department of Classics, I became interested in the field of art conservation, specifically the conservation of archaeological objects. I began interning in the ASM conservation lab. ASM conservator Dr. Nancy Odegaard, Archaeological Collections Curator Mr. Mike Jacobs, and I identified the collection of ancient lamps as a group of objects, collected during the early years of the museum’s history, that were in need of further documentation and conservation.

I produced a catalog of the lamps in the ASM collection and conducted the conservation condition assessment, analysis, and treatment as necessary. A number of the lamps had problems with soluble and insoluble salts, which were causing mechanical damage to the ceramic fabric. I enjoyed working with the lamps because I was able to combine my interests in classics and classical archaeology with materials analysis and conservation. After completing my MA I went on to get a second MA in the Conservation of Historic and Archaeological Objects from the University of Durham in the UK. I returned to ASM in my current position of faculty conservator in 2002.

An ancient Greek comedy (or comedic play), written in the early fourth century BCE by Aristophanes, illustrates the ubiquity of oil lamps in the society and popular culture of the time. The opening lines of the play set the plot in motion by means of a lamp:

Oh! Radiant eye of the wheel-thrown lamp, well hung on this conspicuous spot, we will recount your ancestry and your fate: turned on the wheel by a potter’s strength, with your nozzle you take on the radiant duties of the sun. Arouse the agreed-upon signal of your flame. For to you alone we have revealed the plan—quite reasonably to you, since you are even at hand in our bedrooms when we are busy with love-making, and no one puts your watchful eye outside while bodies are entwined. You alone cast light on our most secret places and help us singe off unwanted hair. And when we secretly open up the storerooms full of grain and wine, you stand beside us, and though you know all these things, you don’t tell a soul.  Aristophanes, Ecclesiazusae, 1–16, ca. 391 BCE. Translation from Humphrey, et. al. [1998:45].

Aristophanes was an ancient Greek poet of Old Attic Comedy, who lived from about. 457 to 385 BCE. Ecclesiazusae, or The Assembly of Women, is a social and political satire that dates to about 391 BCE. In the lines above, the protagonist, a woman named Praxagora, addresses the lamp, an inanimate object, in a parody of the pompous addresses made by male politicians of the time.

The Time and Place

During the Hellenistic period, which refers to the time between the death of Alexander the Great in 323 BCE and end of the Roman Republic and rise of the Roman Empire in the late first century BCE, Greek, or Hellenic, culture flourished throughout the eastern Mediterranean, which included Asia Minor, the Levant and Egypt. See a map of the Hellenistic world in 218 BCE here.

The Roman Empire (ca. 27 BCE to 5th–6th centuries CE), which reached its greatest expanse under the emperor Trajan (98–117 CE), extending from Britain in the west to Mesopotamia in the east, engulfed the Hellenized world and embraced its culture. See a map of the Roman Empire here.

The Roman Imperial lamp shown above (ASM 13237), of provincial Egyptian production, is of interest because it is a dilychnos, i.e., it has two nozzles where two separate wicks could be lit, thus providing more light. While this form was not uncommon in antiquity, it is only one of two dilychnoi in the ASM collection. The other is part of the plastic lamp (ASM 13239) in the form of a herm (a stylized statue of human form) with a dilychnos resting on top. Another interesting element of this lamp is the relief decoration in the discus and on the handle guard. In the discus is a nude female figure, probably Aphrodite Anadyomene (Venus rising from the sea), with her hands raised to her head. On the handle guard is a bust of bearded Serapis wearing a modius (a type of headwear) resting on a globe upon his head. The shape of the lamp continues a Hellenistic Greek tradition and imitates the form of metal lamps produced in antiquity. The combined depiction of the Greco-Roman goddess Aphrodite (Venus) with the Greco-Egyptian god Serapis reflects its provincial production and the cross-cultural influences throughout the Mediterranean region during the Roman Imperial period.

Another Lamp of Interest

A second Roman Imperial lamp from this collection (ASM 13255, below) is of particular interest. Depicting the Greco-Egyptian goddess Isis-Demeter, it is signed in Greek on the bottom with the maker’s name ΠΑΡΑΜΟ|ΝΟΥ (Paramonos). In the absence of specific information regarding the lamp’s archaeological provenience, this signature, in addition to the lamp’s stylistic elements and decorative motif, offers valuable information regarding its date. Based on other similar lamps with the same signature and of known provenience and date, we know that Paramonos was an Egyptian lamp maker who worked in the period 150–250 CE.

The donor of more than half of the lamps in the ASM collection, Lily S. Place, was an expatriate American who divided her time between Cairo, Paris, and London during the 1920s. Besides ASM, she donated artifacts to the Metropolitan Museum of Art in New York, and was made an honorary member there. She also donated items to the Minneapolis Institute of Art. ASM staff have not been able to learn much more about her, except that her Cairo address was in the same neighborhood as the American University in Cairo, which is located in the area west of Tahrir Square (ASM Donor File). She died in London on April 28, 1929 (Anonymous 1929; Harris 2007: 116).

Why is this Collection at ASM?

ASM's mission is to promote understanding of and respect for the peoples and cultures of Arizona and surrounding regions through research, stewardship of collections, and public outreach. Given this focus, the institution does not currently accept donations of materials from outside the US Southwest and northern Mexico. In the past, however, ASM was the only unit of its kind on the UA campus, where such collections could be properly curated for study and exhibition. ASM continues to curate them because this and other small collections from the Near East are used by UA faculty and students in the Department of Classics, the School of Anthropology, and the Arizona Center for Judaic Studies.

The purchase of antiquities was legal in Egypt as late as the early 1920s. In fact, "prior to the tightening of Egyptian laws in 1928 in the wake of the discovery of Tutankhamun's tomb, the Egyptian Museum in Cairo freely sold genuine antiquities that were regarded as superfluous" (Harris 2007: 111).

Today, Egyptian cultural patrimony is protected by the Supreme Council of Antiquities (SCA). The SCA's website outlines the development of national antiquities law:

It was not until the 1850s, with the creation of an Egyptian antiquities service, that the hemorrhage of artifacts, from the smallest amulet to the most colossal of statues, began to slow. Since then, Egyptian antiquities laws, which have become more stringent over time, have been in place to control the unchecked flow of objects out of the country. The following are the essential elements of these laws:

Any artifact which has been duly recorded as Egypt's national property, regardless of the date of its discovery, must be regarded as such for perpetuity unless a clear record exists of its legal sale or transfer to another owner.

The permission of the Egyptian government has been required for all archaeological excavations since 1869. Illegally excavated antiquities are also to be considered Egypt's national property.

All monuments and artifacts uncovered in the country since 1983, whether or not they have been registered and under whatever circumstances they were excavated, are the undisputed property of the Egyptian government. 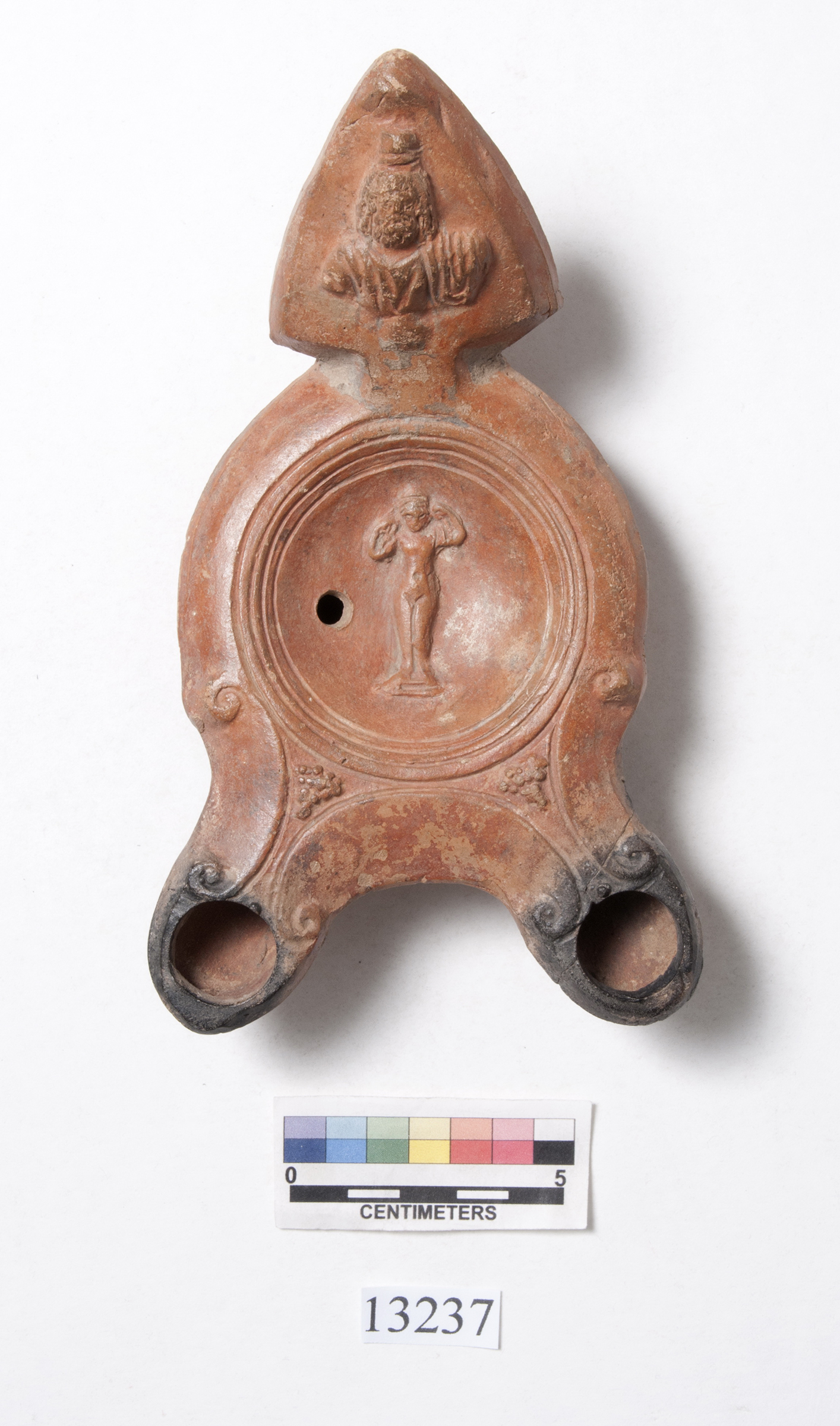 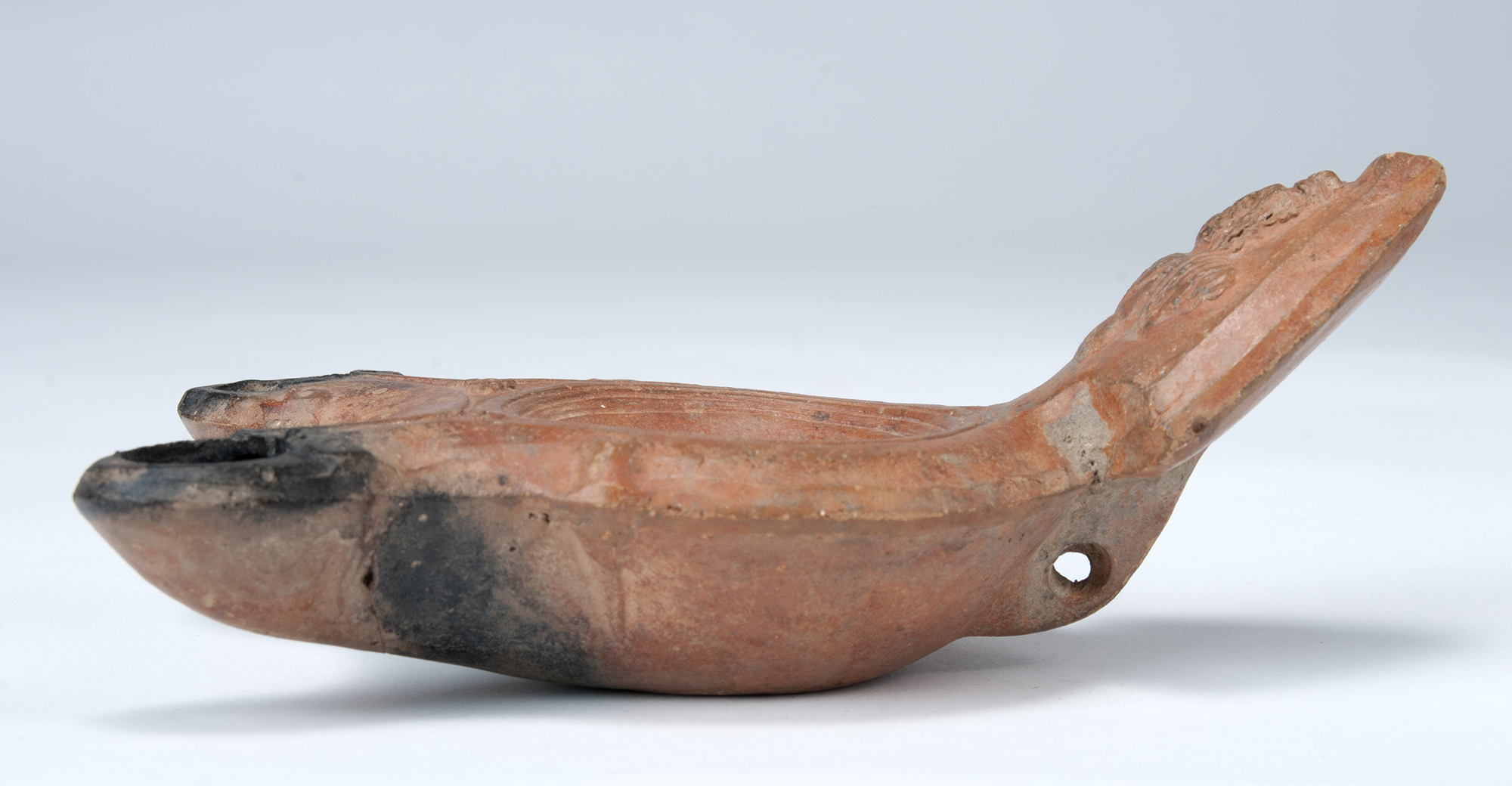 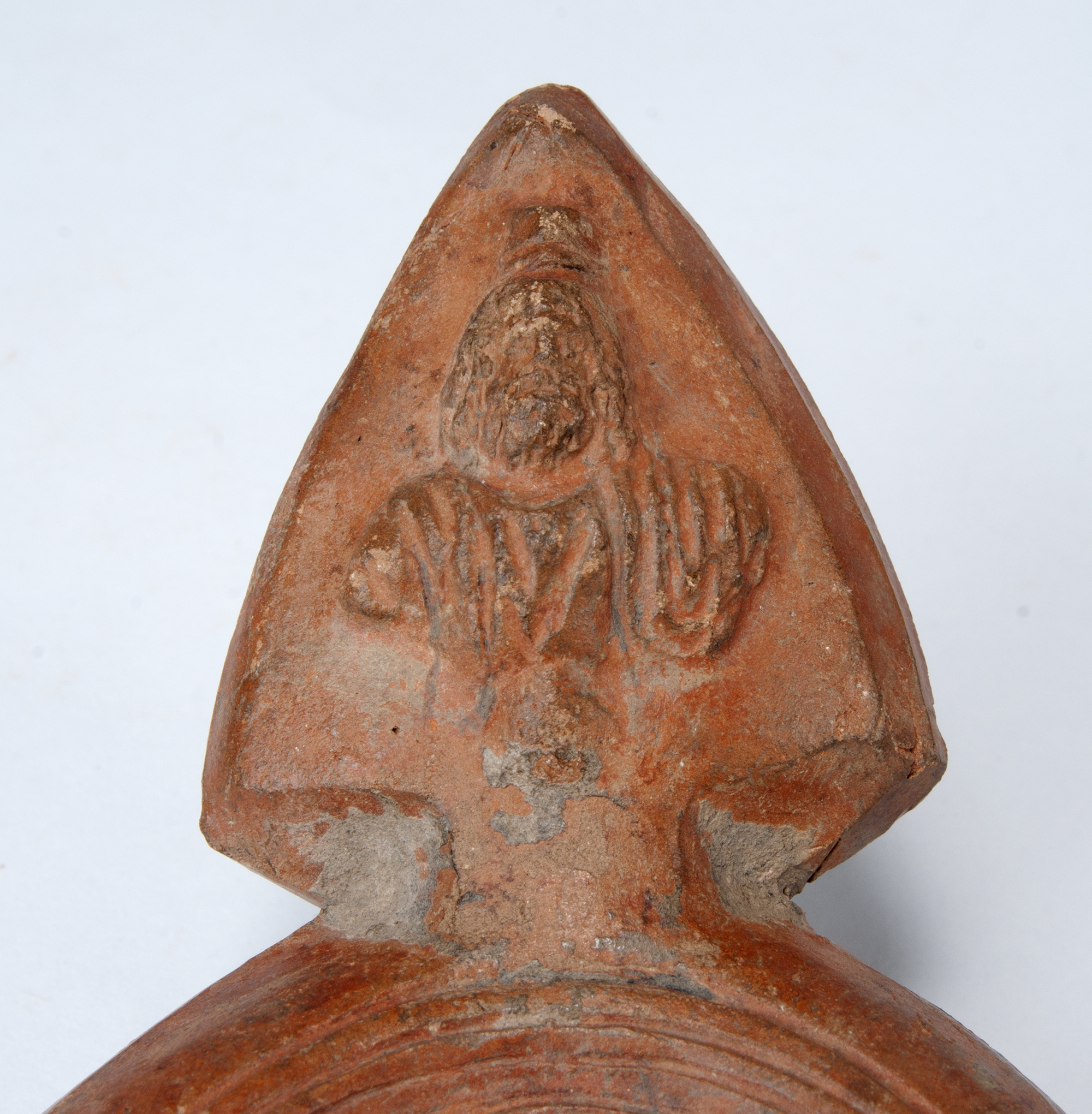 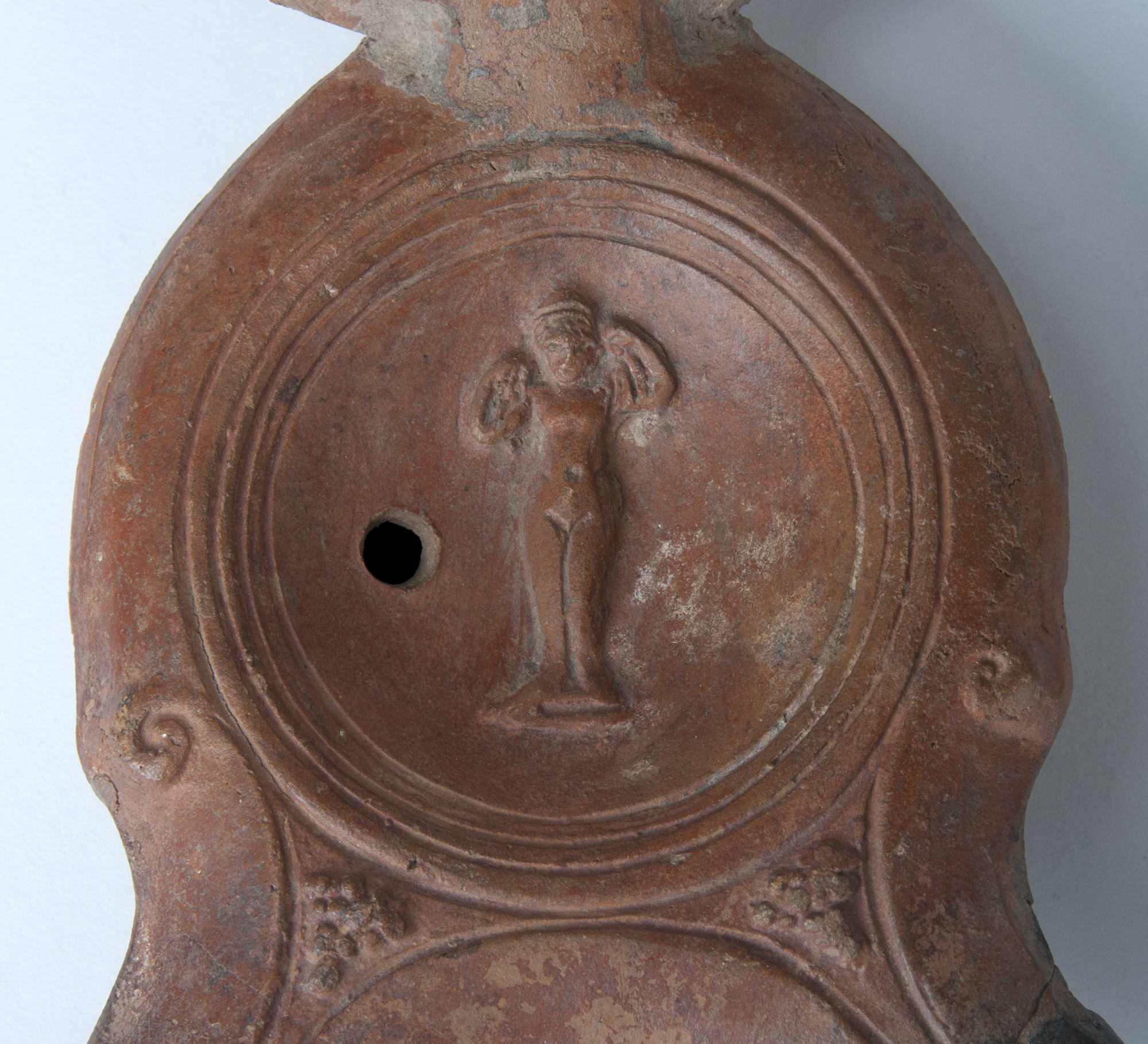 Map of the Hellenistic world in 218 BCE from Wikimedia Commons.

Map of the Roman Empire in 117 CE from Wikimedia Commons.

The Internet Classics Archive | The Ecclesiazusae by Aristophanes