Perforated plates have intrigued southwestern archaeologists since the late 1800s, when they were first encountered at the late Classic period (1300–1450 C.E.) platform mound sites of the Phoenix Basin as well as the ancient and early historic period villages of the Hopi Mesas. Residues, contextual clues, and use-wear together strongly suggest that they were used as base-molds for making pottery, and/or as potters' turntables. They were, in effect, pottery vessels (shallow bowls) used for making other pottery vessels. Early historic period Pueblo potters used similar tools, although they lacked holes. Such objects are still used by Pueblo potters today. The Tewa word for this implement is puki and the Hopi word is tavìipi.

The holes in these objects were punched through them, from the concave (interior) surface to the convex (exterior surface), before they were fired. Most have a single row of holes around the circumference, just below the rim, but some have two or three rows. Some exhibit patterned arrangements of holes (such as a cross dividing the plate into quadrants) as well at the usual row of perforations around the rim. Others are perforated only part of the way around the rim, or have pin-pricks where the holes ought to be. Most whole specimens of perforated plates have many "holes" that were partially or entirely plugged up when the perforating instrument was withdrawn.

Many functional explanations for the holes have been offered, including: drainage for excess moisture and improved drying of vessels being formed within the plate; creating a roughened surface—making it easier for potters, with clay-covered hands, to grip the plate; and anchor points for strings to be stretched across vessels placed inside the plate, with the strings being used as guides for the painting of designs. None of these inferences, however, has held up to scrutiny. The variability in the nature and placement of the holes led Dr. Emil Haury, former ASM Director, to suggest that they were decorative.

In any case, all available evidence supports the conclusion that perforated plates were used in pottery making. They have been found in the burials of women, alongside unfired pots, materials for making pottery, and known pottery making tools. Whole specimens have also been recovered with unfired clay, prepared for pottery making, adhering to their interior surfaces. Dozens of whole and fragmentary specimens bear fingerprints and smudges in red clay—most likely evidence that they were manipulated by a potter with slip (clay used as a decorative background color for painted designs; red clay was often used) on her hands. Many whole specimens also bear areas of heavy abrasion on their undersides, caused by repeated rotation.

I selected this object, found in the Globe-Miami area, for Curator's Choice for three reasons. First, it helps to tell the story of the ancient migration of people from the Kayenta region of northeastern Arizona and southeastern Utah to central and southern Arizona, southwestern New Mexico, and northern Mexico. Perforated plates were developed by the people of the Kayenta region perhaps as early as the 600s C.E., were common in northern Arizona by 1100 C.E., and spread southward as the Four Corners area was depopulated during the late 1200s. Another perforated plate from the same site was recently subjected to analyses that matched its mineralogy to that of the Globe-Miami area, indicating it was produced locally by immigrants, rather than having been traded southward.

Second, perforated plates highlight the fact that Kayenta immigrants and their descendants were responsible for the origin and the spread of Roosevelt Red Ware (Salado polychrome pottery)—a new pottery tradition that appeared during the late 1200s and early 1300s, eventually replacing local traditions throughout the Hohokam world and adjacent areas. Many sites in central and southern Arizona and southwestern New Mexico with the best evidence of northern immigrants, including perforated plates, have been identified as places where Roosevelt Red Ware was produced.

Finally, this plate has a connection to Dr. Florence Hawley Ellis (1906–1991), one of the University of Arizona's most eminent alumni in the field of archaeology. Dr. Hawley Ellis was one of the first three people to receive a UA Master’s degree in archaeology (in 1928) and produced the first comprehensive guide to the identification of prehispanic pottery types found in the Four Corners states, Sonora, and Chihuahua. Her 1936 manual lists and describes nearly 200 different types.

Dr. Hawley Ellis's father, Fred G. Hawley, was a chemist who worked in the mining industry and became an associate of Harold S. Gladwin, founder of Gila Pueblo Archaeological Foundation, based in Globe. The Hawleys excavated this object from a site on private property in 1928. Beginning in the 1980s, the Hawley and Ellis families began to donate collections from this and nearby sites to ASM. 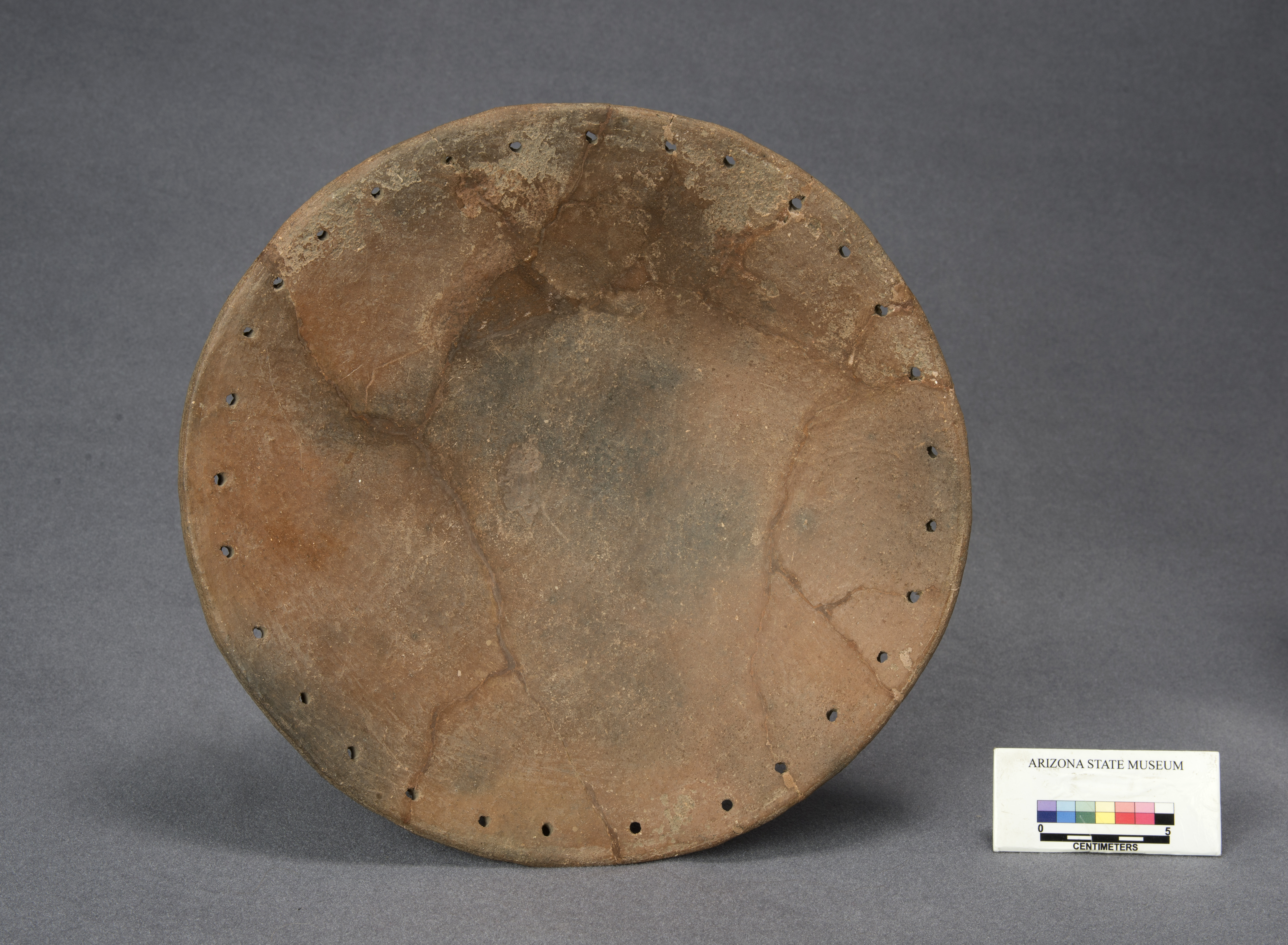 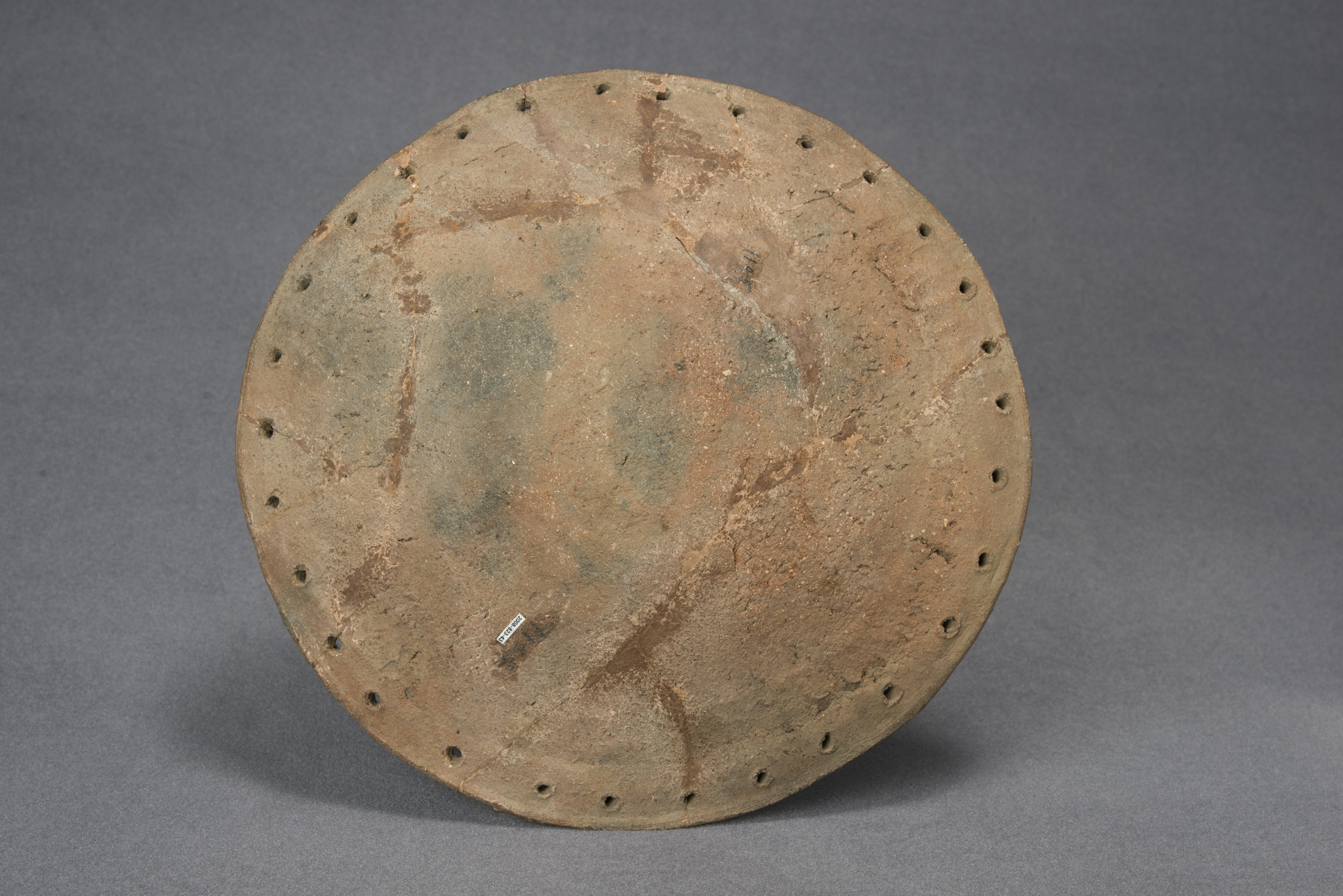 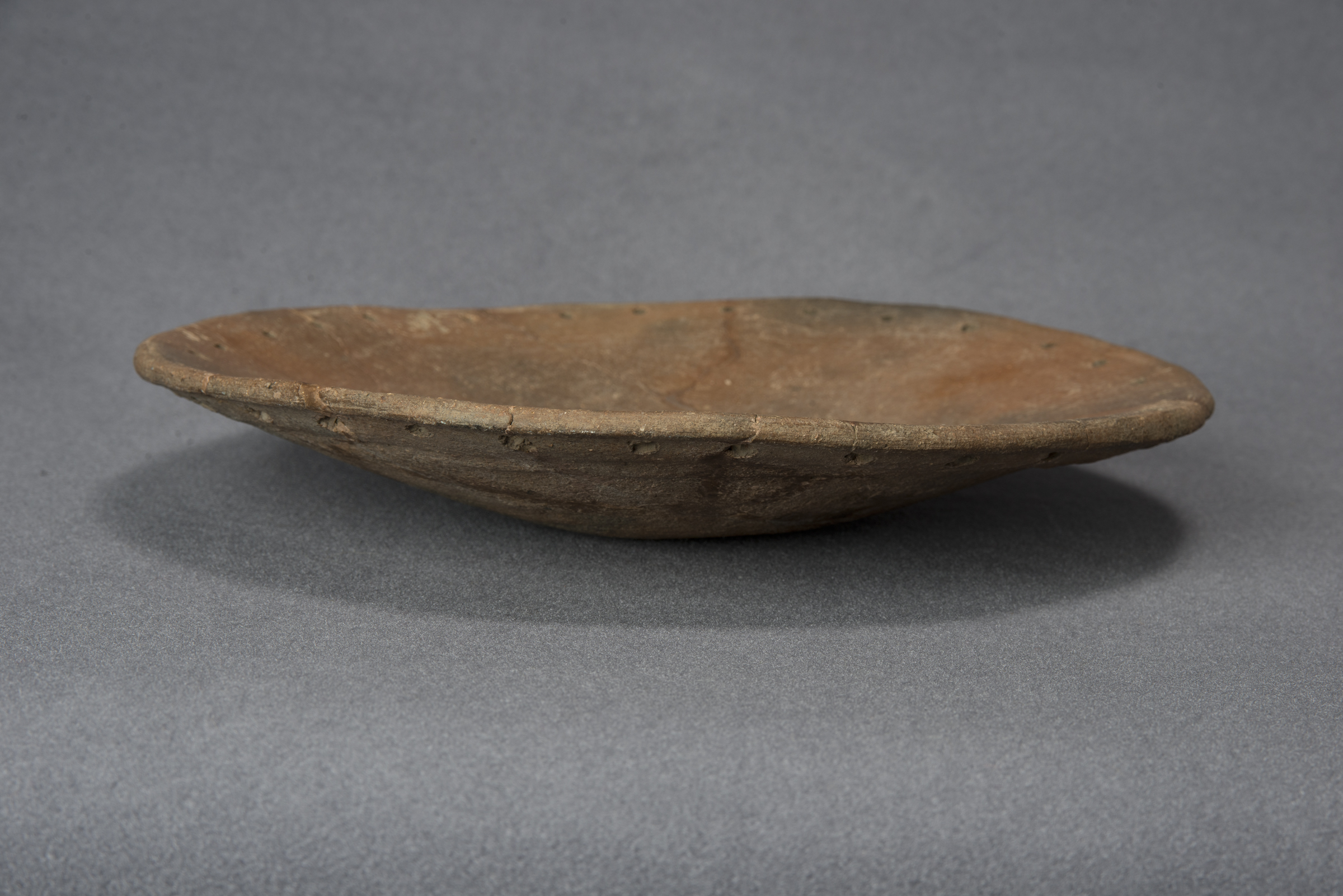 A Complicated Pattern: Pursuing the Meaning of Salado in southwestern New Mexico, from Archaeology Southwest

Before the Great Departure: The Kayenta in their Homeland, from Archaeology Southwest

Learning from Pottery, Part 2: Migration and Trade, from Archaeology Southwest