These 36 playing cards were made in 1961 by Frank R. Archuleta of Taos Pueblo, New Mexico, and are the only glass-beaded Native American cards known, as well as the only known Taos Pueblo cards.

Apache culture included gambling games, and Apaches readily adopted the game of monte, as well as printed European playing cards, from Spaniards and Mexicans. After Mexican independence in 1821, as hostility increased between Mexicans and Apaches, cards became harder to acquire, so Apaches began to make their own, hand-painted on rawhide. The first illustrations of Apache playing cards were published in 1890 in a book on the history of cards by May King Van Rensselaer. The illustrations were hand-drawn, based on a pack acquired by the Smithsonian Institution in 1871. Both the Van Rensselaer illustrations and the full Smithsonian pack are included in the slide show on this page.

In 1961, card collector Nora Harris Polz of Chicago visited Taos Pueblo in New Mexico, and commissioned Frank R. Archuleta to make this replica pack, presumably working from illustrations in her copy of the Van Rensselaer book. It is clear from his designs that he used the Van Rensselaer illustrations as models, but it is also clear that he was not really familiar with Apache or Mexican packs, which had ten cards in each of four suits—clubs, coins, cups and swords. Archuleta made only 36 cards, he did not utilize all of the suit designs, and he used soft buckskin rather than stiff rawhide, so the cards are too floppy to shuffle or hold.

Archuleta’s cards then began a 50 year journey from Taos to Chicago and back to New Mexico with Mrs. Polz.  After her death, the cards and her copy of Van Rensselaer’s book made their way to the Albuquerque flea market, where card collector Dorothy Douglas purchased them in 1993. In 2012, she donated both the cards and the book to Arizona State Museum.

Thanks to Dorothy Douglas’s generosity, Frank Archuleta’s unique cards will be preserved for the future, along with the actual book that inspired their design. They will also serve as comparative materials for the Museum’s strong collection of Apache cards. These cards help illustrate how playing cards changed, in both function and form, as they passed through the hands of different groups in the Southwest. What began as Spanish and Mexican playing cards, commercially printed on paper, metamorphosed into hand-painted rawhide cards made and used by the Apaches, and transformed again in the hands of a Taos drum-maker into objects made of attractive materials but unusable as playing cards—curios made to be sold to outsiders. 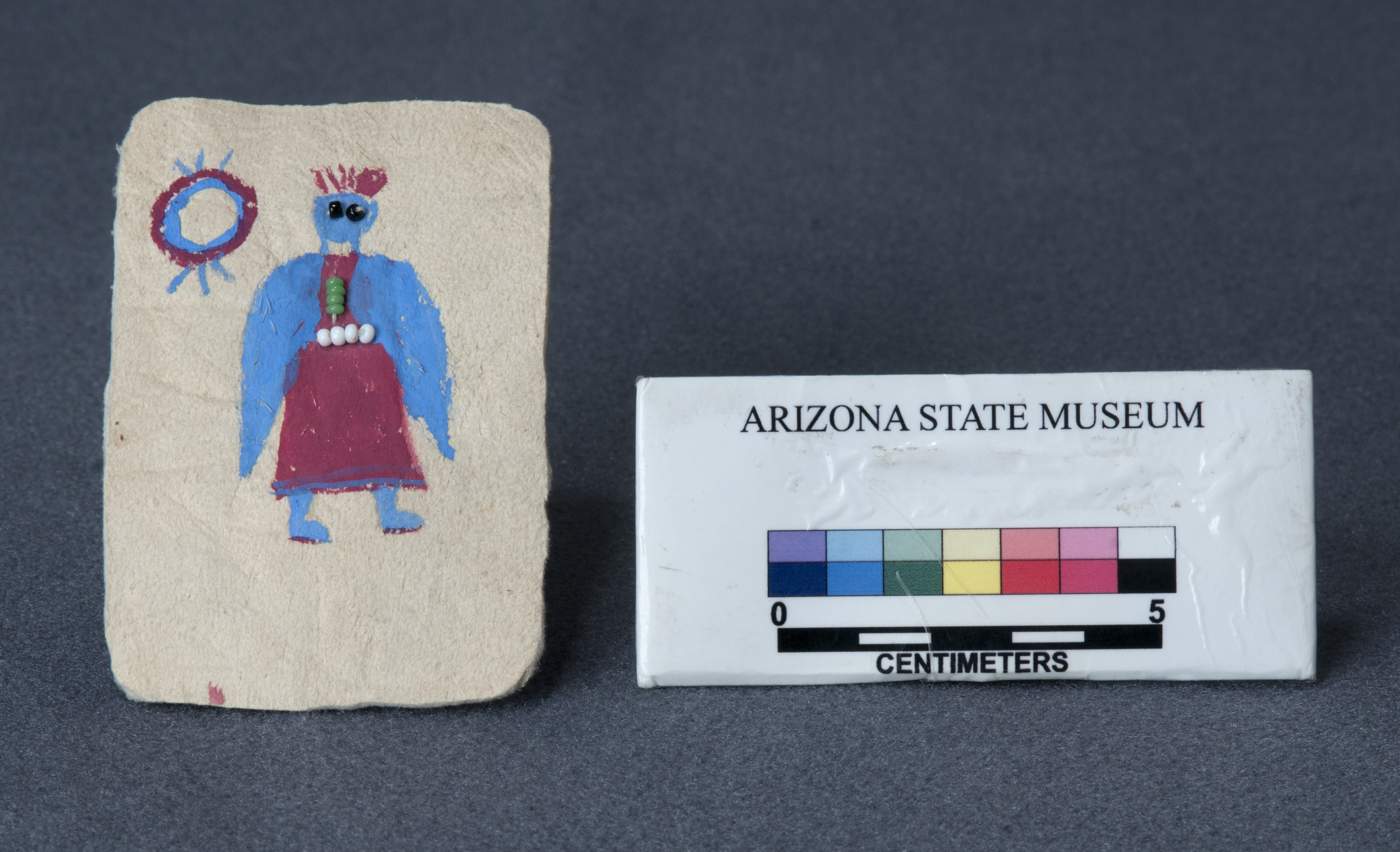 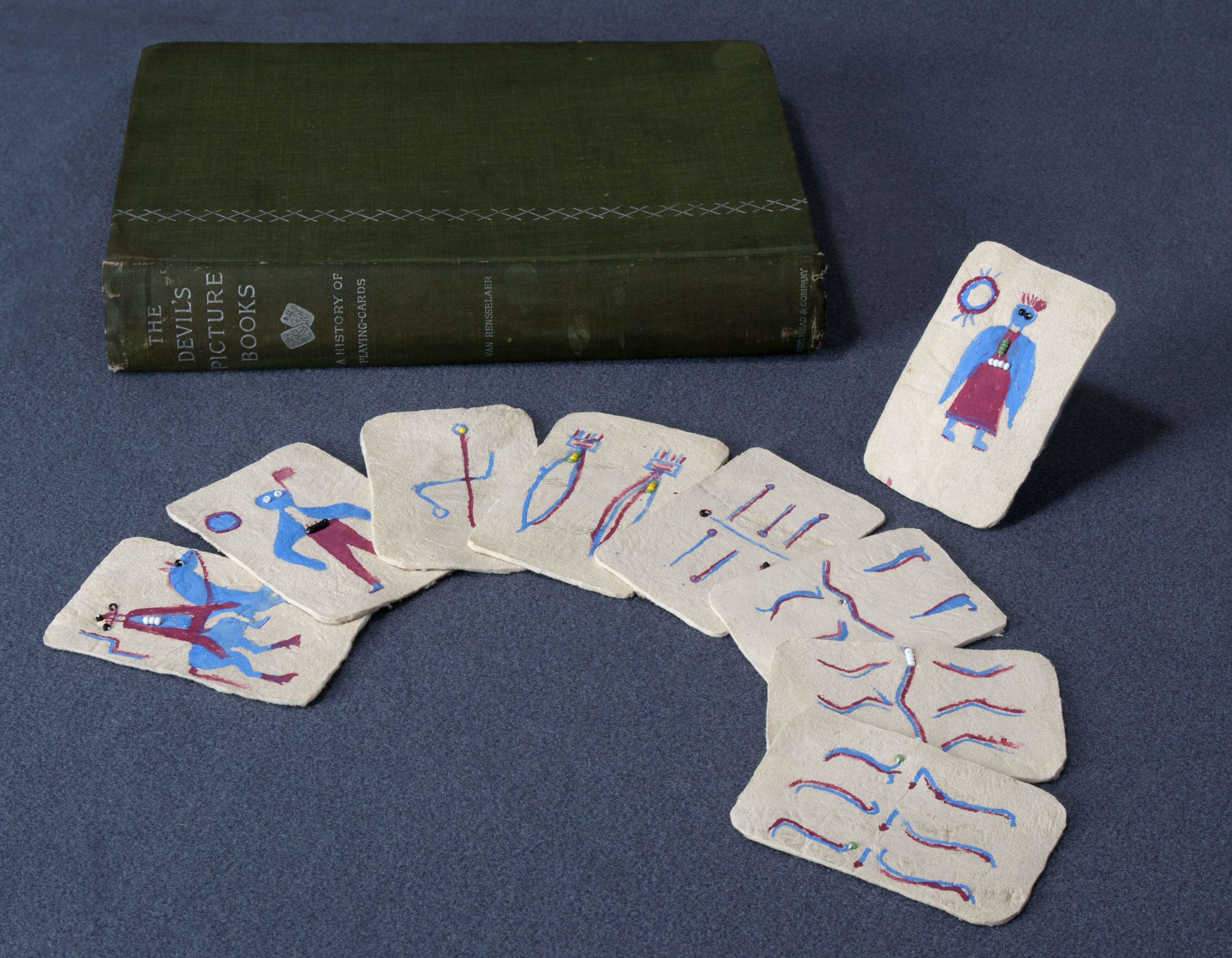 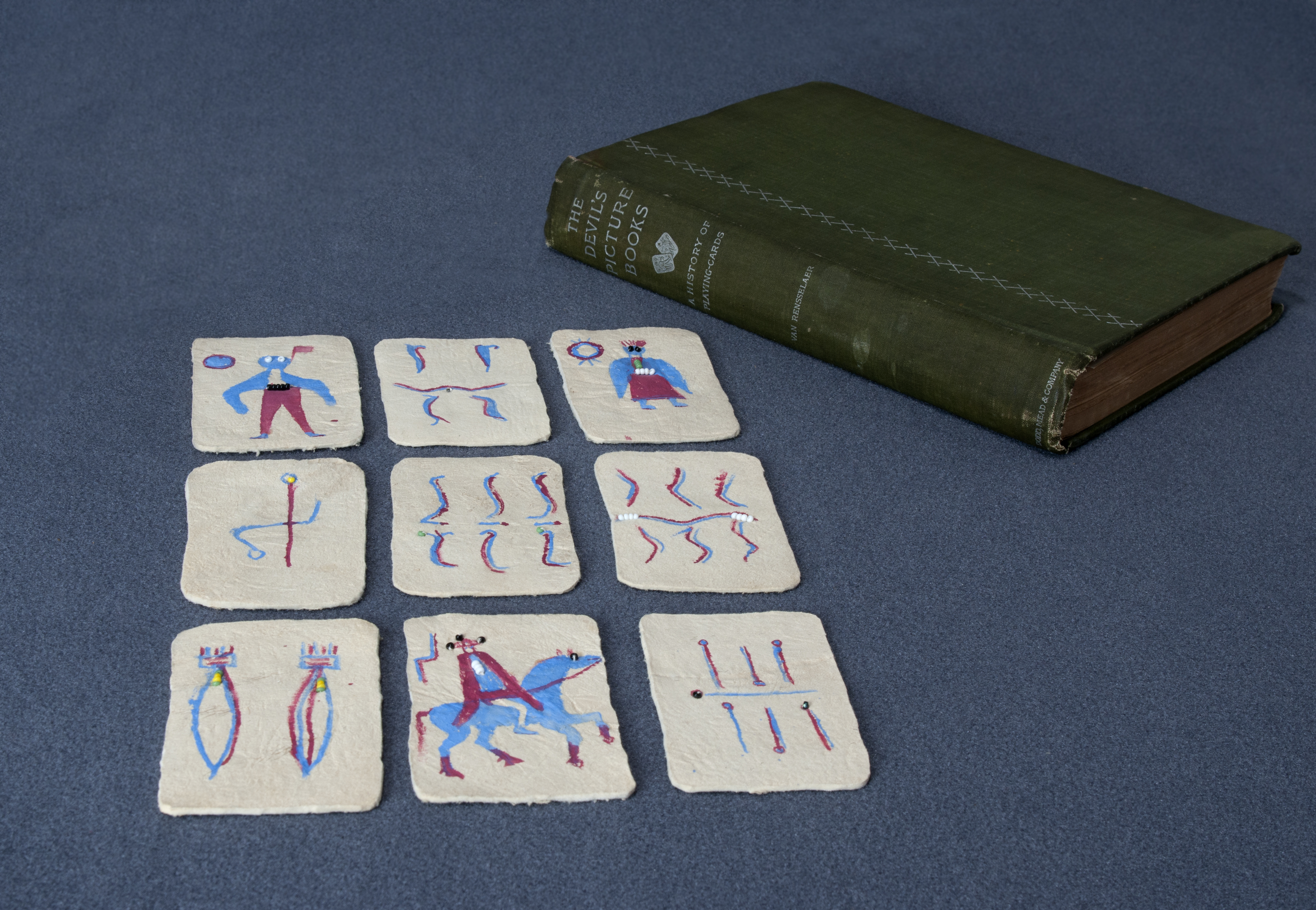 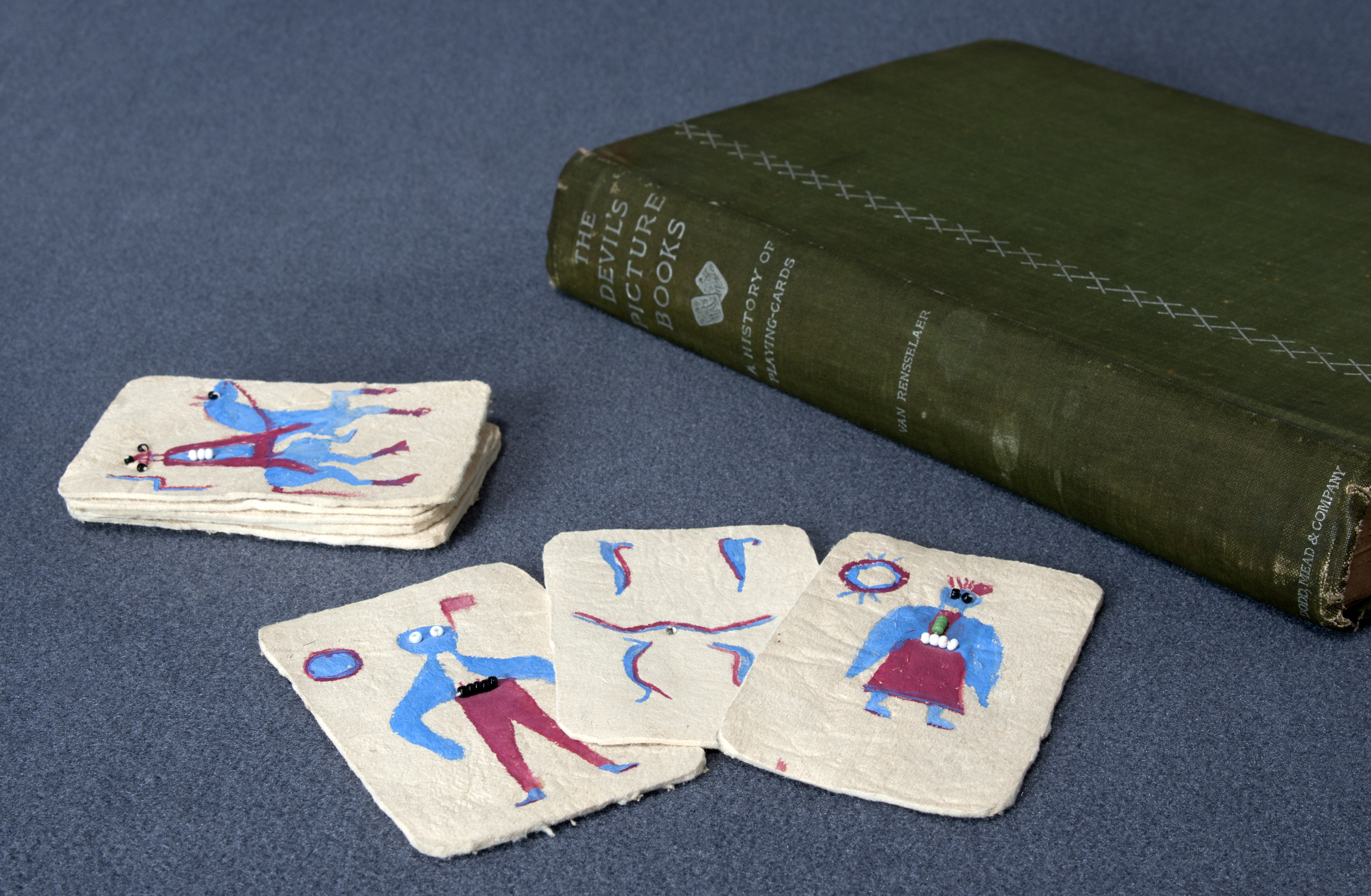