Arizona State Museum (ASM) curates approximately 20,000 perishable archaeological artifacts from the US Southwest and northern Mexico. This collection includes sandals, baskets, textiles, and other objects made from plant material. The perishable collection is a valuable resource as it contains rare examples of artifacts that have the potential to increase archaeologists’ understanding of prehistoric technologies and artistic styles. Researchers also use these collections to gain insight into ancient trade, social structure, and gender roles. In my opinion, the perishable collection is the most interesting. I dare say it is my favorite at ASM.

For Curator's Choice, I selected two examples of what archaeologists call shoe-socks. Both of these shoe-socks were excavated by Dr. Byron Cummings during his first two years as ASM director.  The light brown colored shoe-sock (ASM 1026) is one of a pair excavated from Two Mummy Cave Ruin in 1915. Its presumed mate (ASM 1025), which is in very delicate condition, is not on display, but is shown in the photo at right. The single, alternating brown and beige-banded shoe-sock (ASM 2768) was excavated from Gourd Cave a year later. All three shoe-socks exhibit similar technology and form, but differ in appearance.

These artifacts were made by the ancient inhabitants of the Four Corners region commonly known as Anasazi, or Ancestral Pueblo people. They left behind a wealth of archaeological evidence, including artifacts made of organic material.  Ancestral Pueblo people were skilled artists who produced belts, aprons, mats, and various types of footwear, many of which are represented in the collection. Sandals are the most common perishable artifacts found in Ancestral Pueblo sites. Shoe-socks are less abundant.

These shoe-socks were made of cotton cordage and were constructed by looping cordage directly around the edge of a finished sandal. The successive rows were made by drawing the free end of the cordage through the loop above it. The cordage crosses over itself in proceeding to the next loop. This process, called looping, is also referred to as “coiling without foundation” and “knotless netting.” Looping is a technology that existed before the use of the loom. In the ancient Southwest, looping was frequently used to make such tubular articles as bags, leggings, and socks. Burden baskets (giho), formerly used by the O’odham to carry large loads, exhibit the same looping technique.

Animal hairs were inserted between the individual strands, or plies, of the cordage used to create the shoe-socks featured here. This made them fuzzy (similar to a style of boots popular today) and probably helped to keep the wearers' feet warm.

The sandal sole of the Gourd Cave Ruin shoe-sock is made of plaited yucca. A circular hole was worn through the sole, near the toe, and abrasion is evident near the heel. Such wear is common on sandals in the collection. The Two Mummy Cave Ruin shoe-socks have red mud embedded in the soles. Small details such as these remind us that someone once wore them.

I selected these objects for two reasons. The first is simple: who doesn’t like footwear?! Visitors are frequently excited to see the shoe-socks in the conservation lab, so I wanted to give more people a chance to see them.I think that people find them interesting, in part, because these objects are easily recognizable as footwear and are aesthetically appealing. Also, the labor commitment required to gather material, process it, and construct such garments is virtually unthinkable in the industrial society in which we live today.

The second reason for my choice is that such objects are a continuing source of knowledge. Although these shoe-socks have been included in major studies conducted by Kate Peck Kent and Lynn Teague, there will always be new questions to answer. The preservation of these objects will allow archaeologists to continue learning about the ancient people of Arizona. This is one reason that museum collections are so important and special.

Starting in the Fall of 2013, the ASM Preservation Division will begin to survey the archaeological perishable collection, in preparation to move it to a new temperature- and humidity-controlled vault. I look forward to seeing the collection in its entirety as it passes through the lab.

Acknowledgments: I would like to thank Mike Jacobs, Dr. Nancy Odegaard, and Teresa Moreno for their assistance. 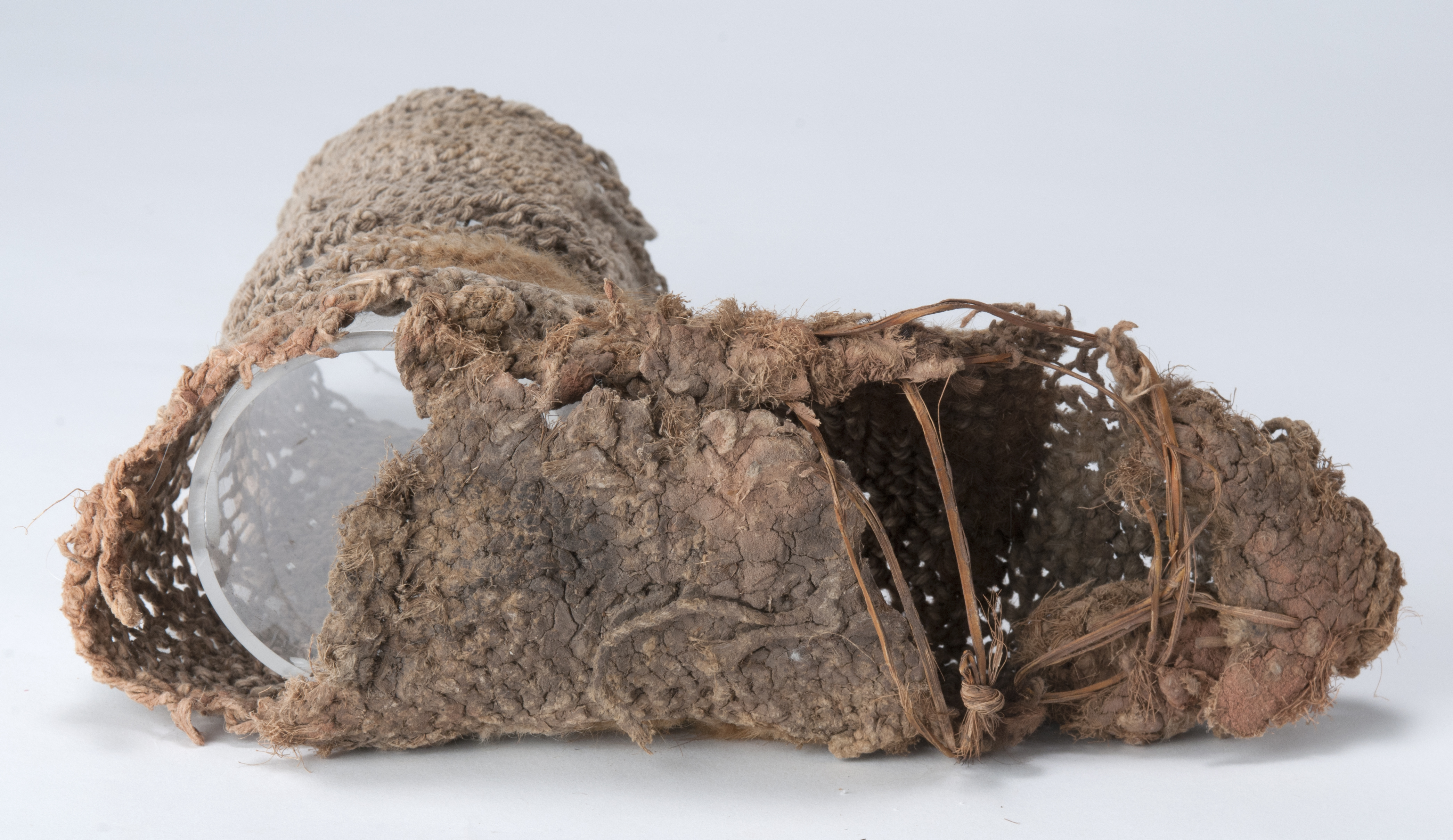 1026 -- Hover your mouse over the image to halt the slideshow 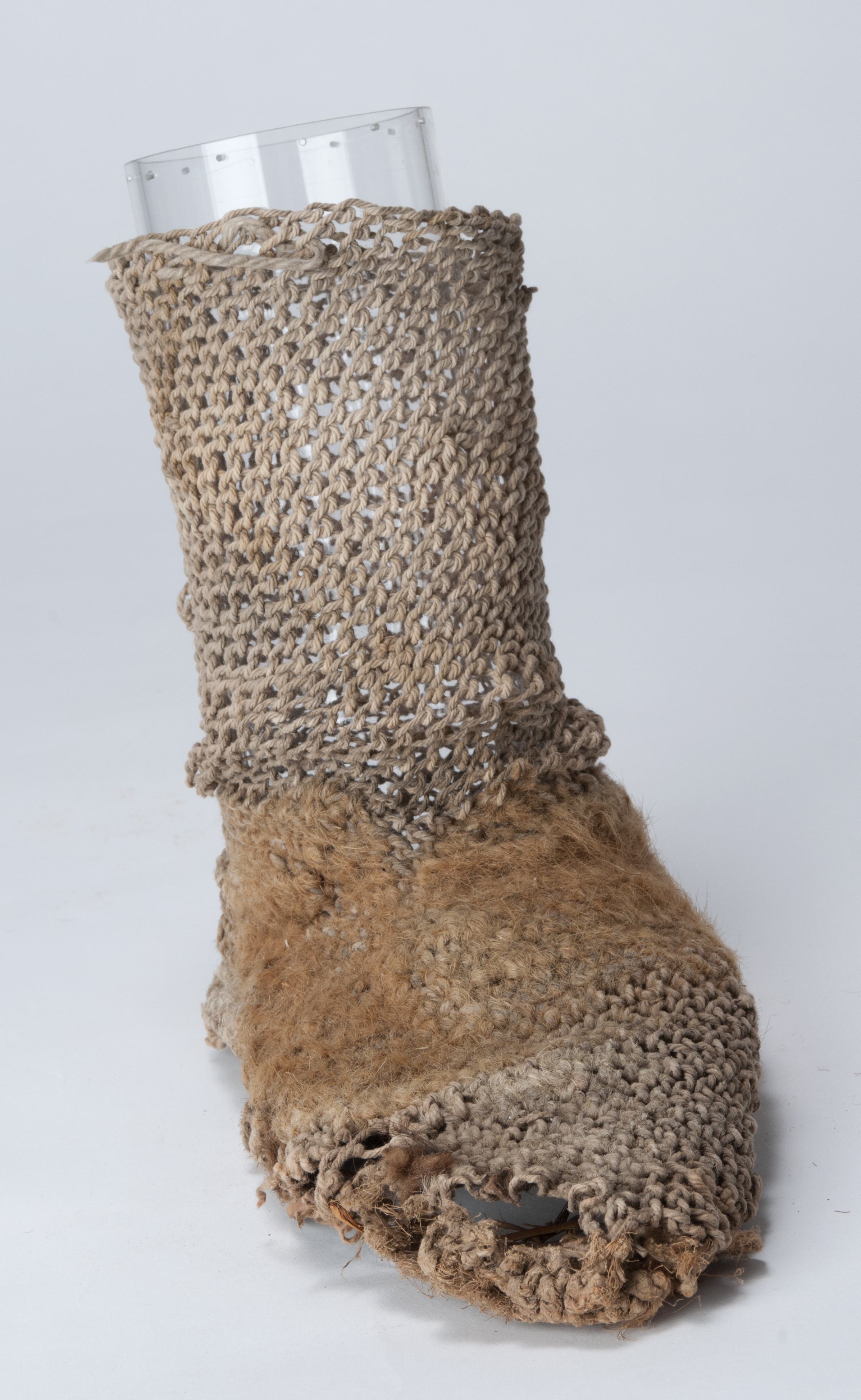 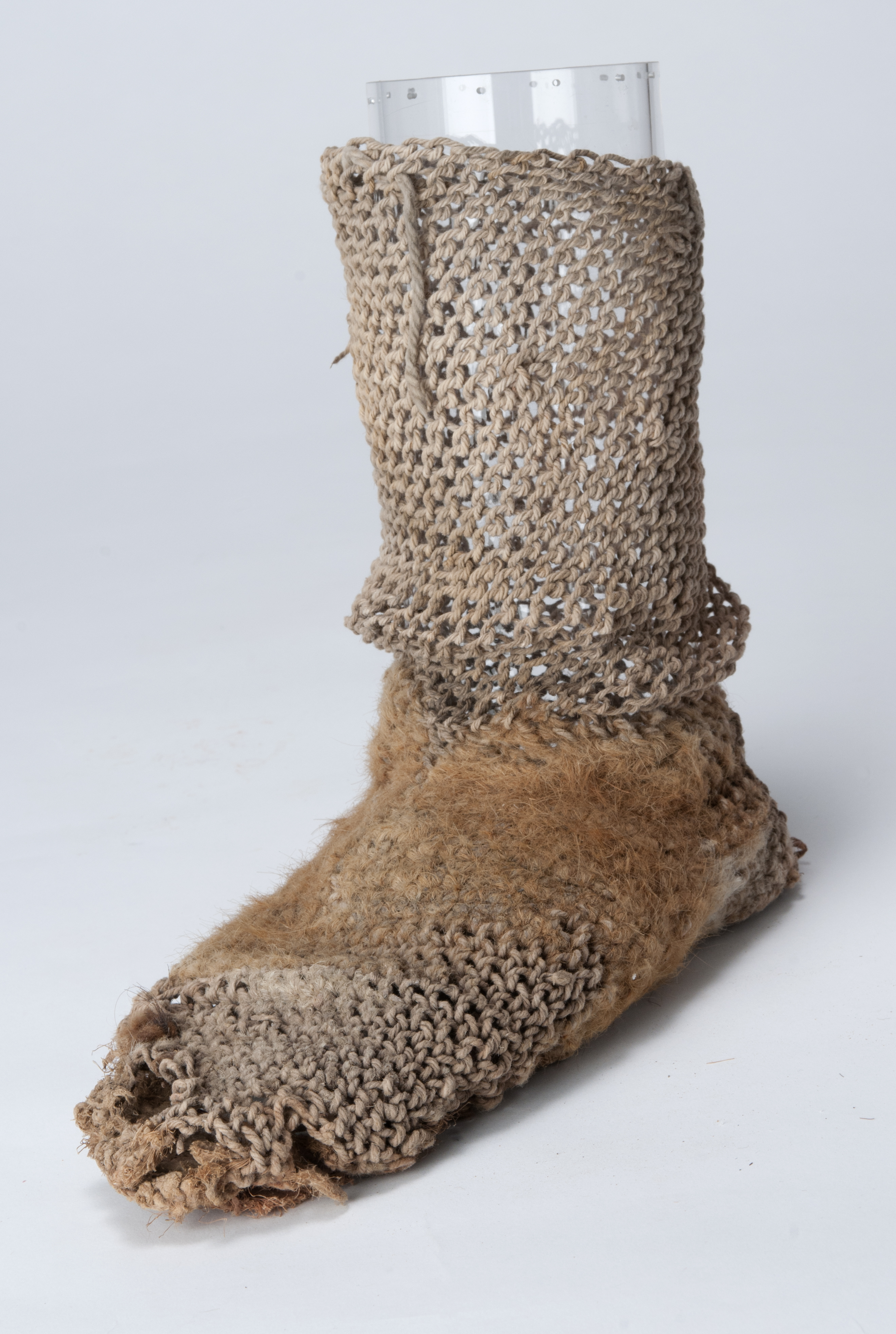 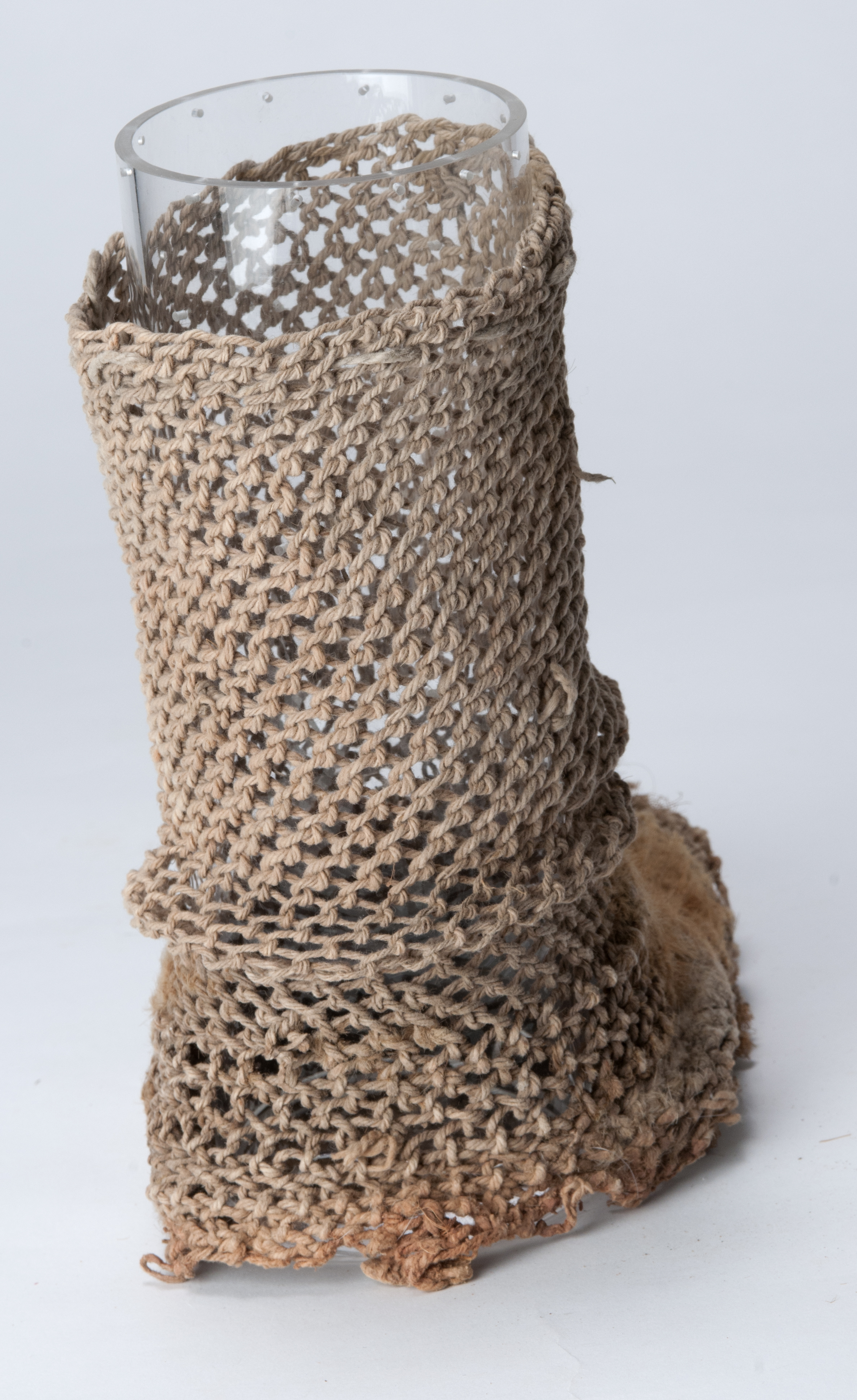 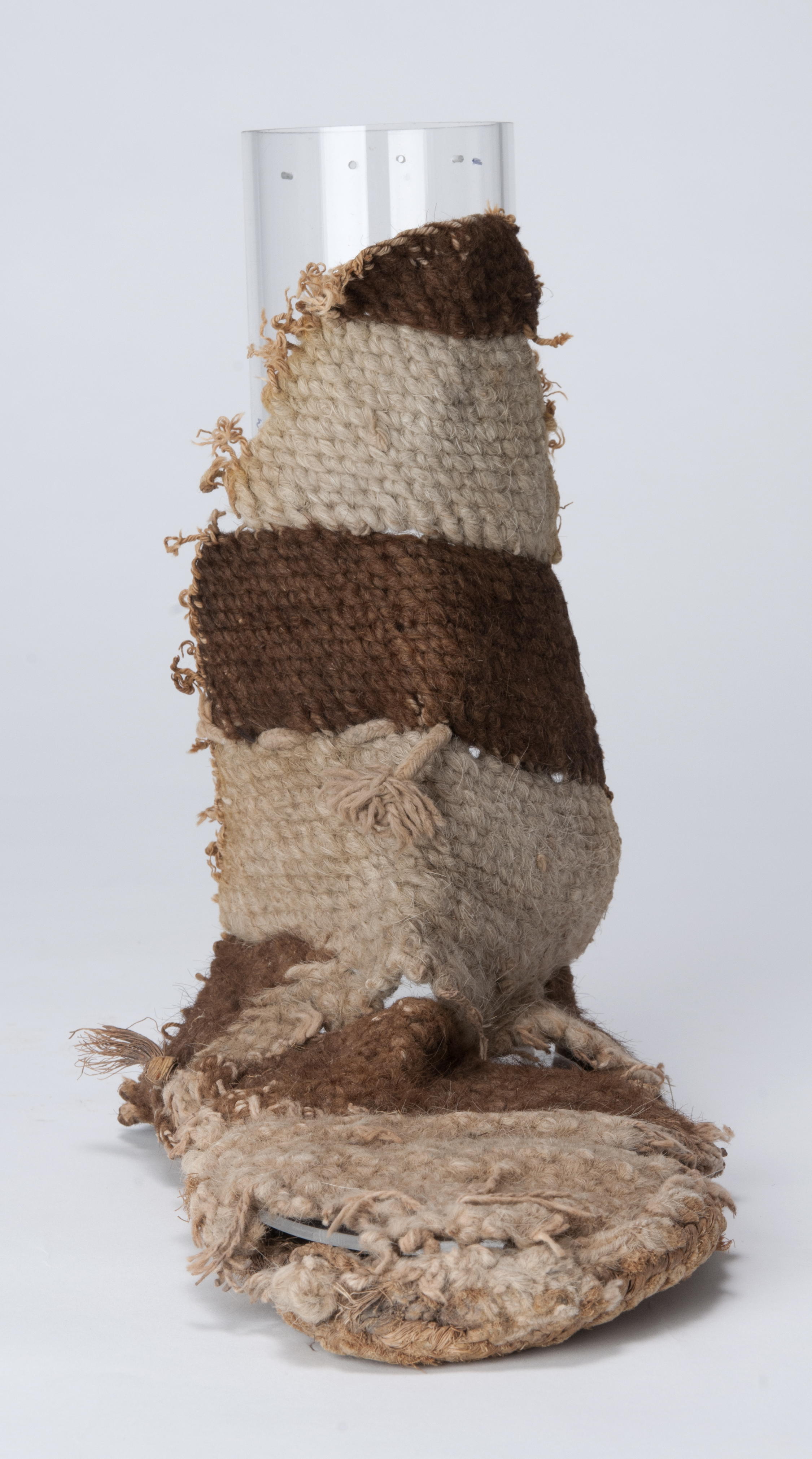 2768--Hover your mouse over the image to halt the slideshow

2768--Hover your mouse over the image to halt the slideshow