This is one of five purposely broken bowls found in the fill of a room at the ancestral Hopi pueblo called Homol'ovi I. They were likely deposited when the last groups were leaving Homol’ovi I for the Hopi Mesas, 60 miles to the north. Homol’ovi I is one of seven villages that form the Homol’ovi Settlement Cluster along the Little Colorado River, near Winslow, Arizona. It, along with Homol’ovi II, III, and IV, is incorporated into Homolovi State Park.

People living on the Hopi Mesas had access to seams of coal, and Hopi potters are the only ones in North America to have used coal to fire pottery. They still do today. The very high temperature, 1700–2000 °F (925–1090°C), produced by coal yields a high quality product that was much desired as a trade item throughout the ancient Southwest. Indeed, although most Jeddito Yellow Ware is found in northeastern Arizona, it has been recovered as far from the Hopi Mesas as southeastern Utah, northwestern Chihuahua, Los Angeles, California, and southwestern Oklahoma.This bowl, along with tens of thousands of others, was traded to the Homol’ovi villages for cotton and aquatic plants and animals from the Little Colorado River and its tributaries.

The interior design of the bowl is split into two uneven parts. The designs above the central lines possibly represent the sun, with its rays intersecting or highlighting clouds and rain. The sun appears to be setting or rising on the landscape depicted by two parallel lines. Images beneath the two parallel lines may be below the ground and represent animals, or plants sprouting. A similar dichotomy is often represented in kiva murals at Awat’ovi and Kawàyka’a, villages on Antelope Mesa with occupations overlapping that of Homol’ovi I.

The wide “banding line” below the rim of the vessel has an intentional break, typical of all yellow ware bowls of this period. Modern Hopi potters interpret the break as necessary to prevent the bowl's life force or spirit from becoming trapped. The distance from the banding line to the rim varies over time. On earlier bowls, the line is adjacent to the rim and on later ones it is progressively farther away.

The beautifully rendered exterior design also likely represents clouds and rain. This specific exterior design appears on other yellow ware vessels at Homol’ovi and at villages on the Hopi Mesas, leading to speculation that such embellishments functioned as maker’s marks, signifying the pottery making group who produced these vessels.

From its founding, at about 1290, to 1365, Homol’ovi I was the largest and most important village in the Homol’ovi cluster. With the founding of Homol’ovi II, circa 1365, Homol’ovi I was likely surpassed. Each village had more than 1000 rooms at its peak. Jeddito Yellow Ware (named for a valley south of Antelope Mesa) began to be manufactured by 1325 on the Hopi Mesas. Soon great surpluses of this prized, coal-fired ceramic were being made and exchanged for products from throughout the Southwest, especially the Homol’ovi villages. Neutron activation analysis, which reveals the chemical makeup of the clay, indicates that 75% of yellow ware found at Homol’ovi I was produced in villages on Antelope Mesa, with 53% from Awat’ovi. From this analysis and the bowl's decoration, we deduce that it was likely brought to Homol’ovi I from an Antelope Mesa village sometime after 1365. The trading partners likely knew each other and may have been related.

The bowl shows only light use on the bottom and was intact until its purposeful destruction at about 1400. It was recovered from the uppermost layer of deposits in a room that had been filled with trash, likely by the inhabitants of adjacent households. This bowl and the others found with it were inverted on top of the accumulated layers of trash and struck on their bottoms, shattering them in place. Hopi oral history indicates that when groups were leaving a village, they would purposely break all of the pottery they could not take with them, leaving evidence of who once lived there. Such intentional breakage of pottery is not common either in the Homol’ovi assemblages or in the ASM collections, but other examples are present. 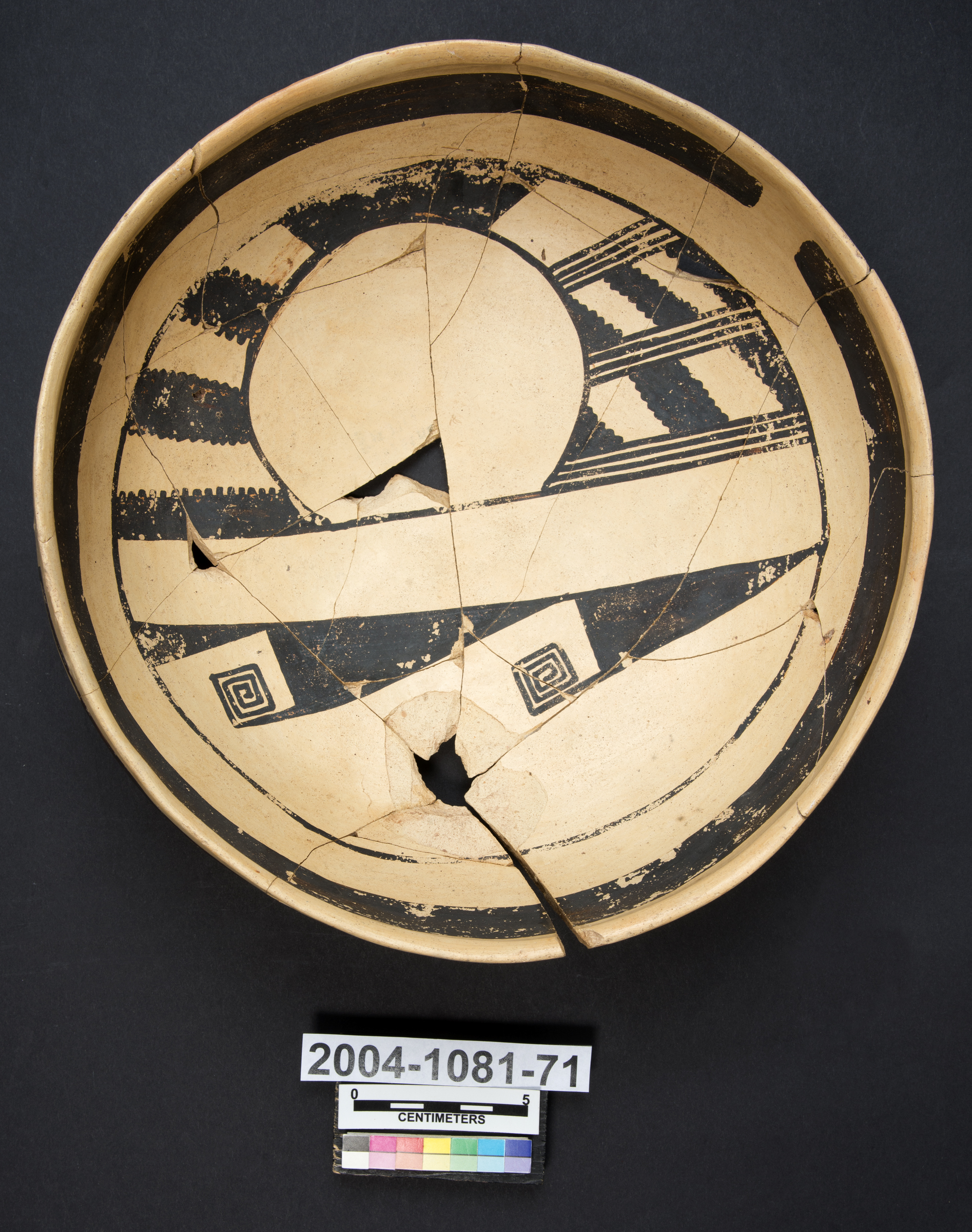 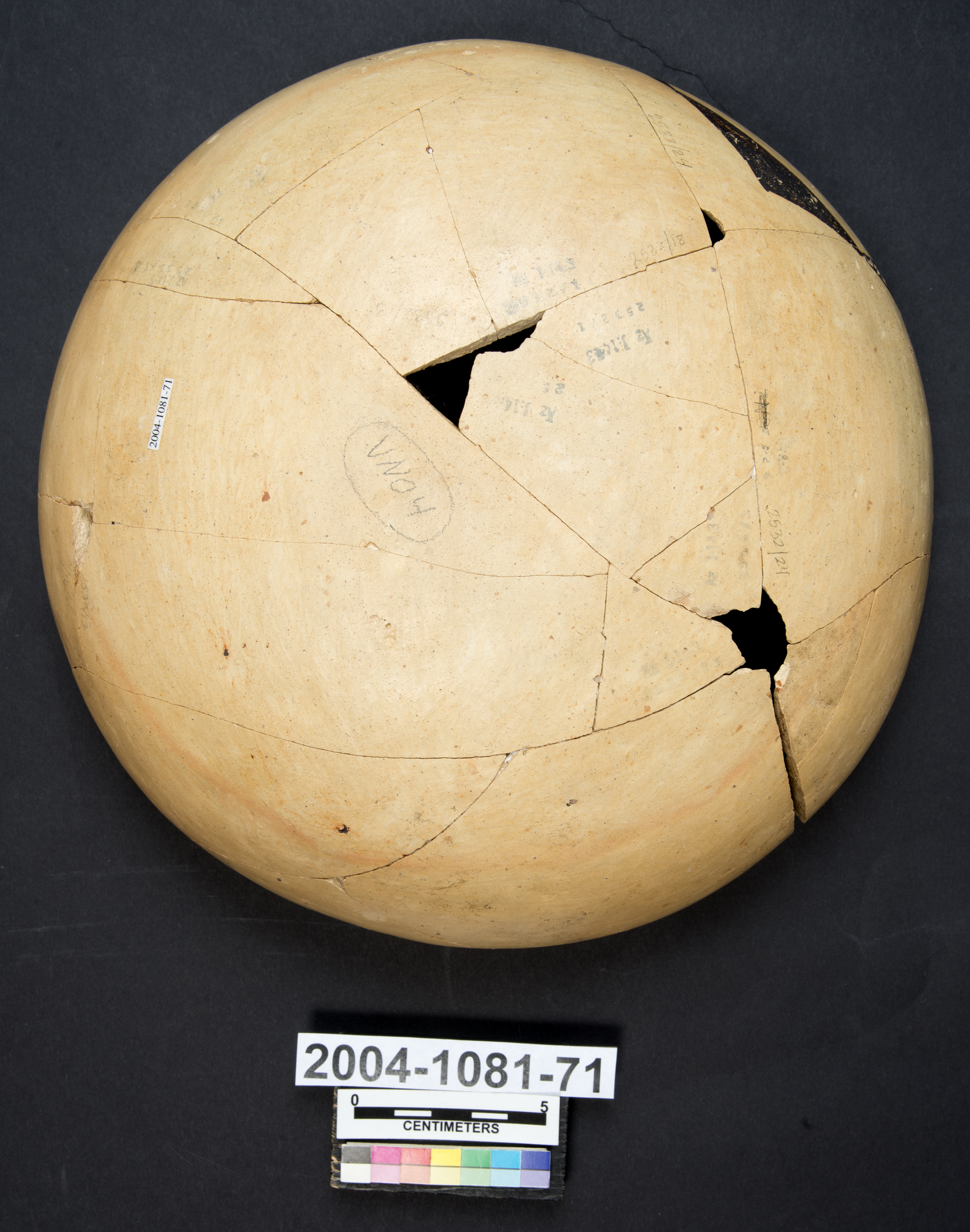 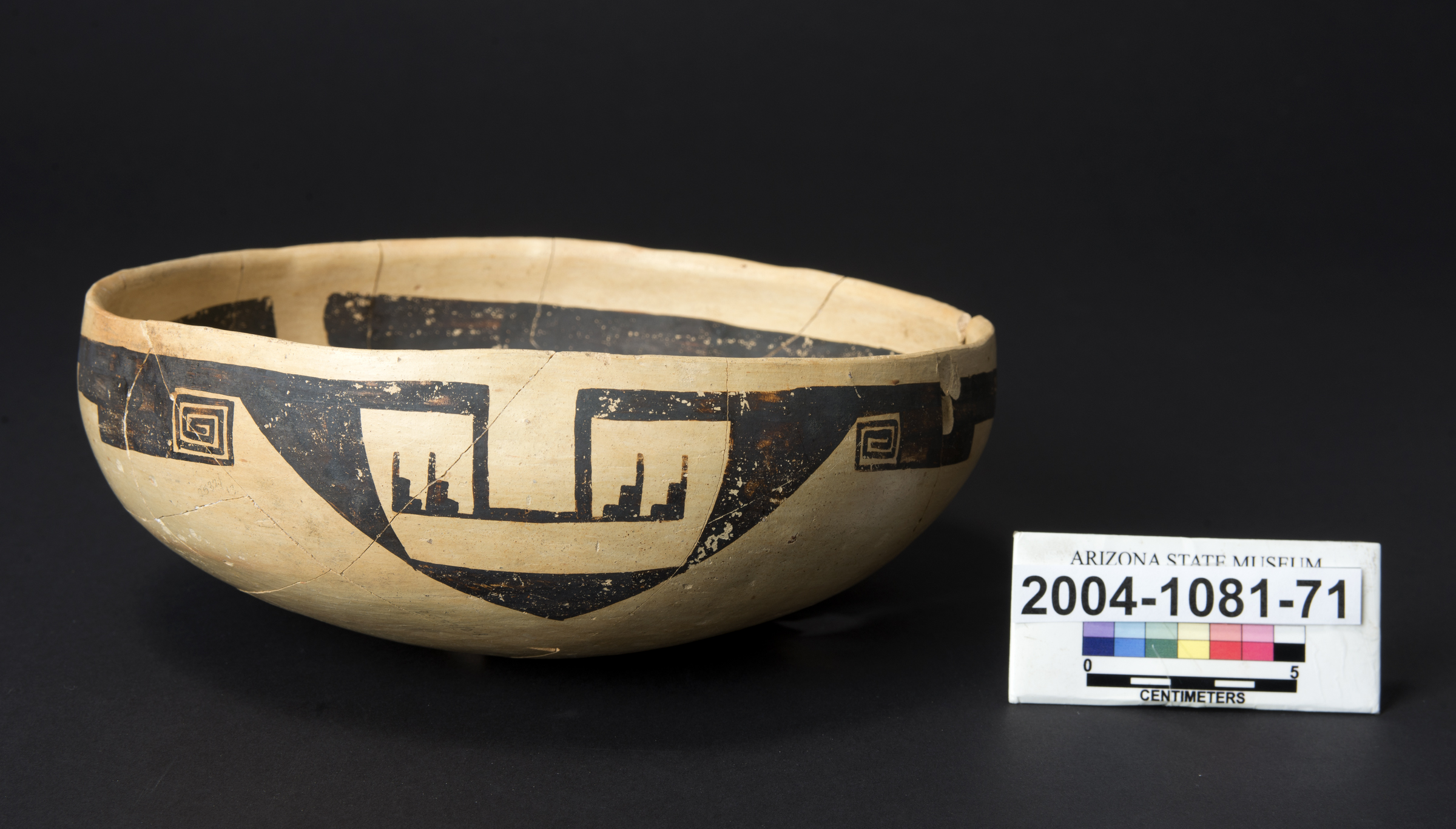 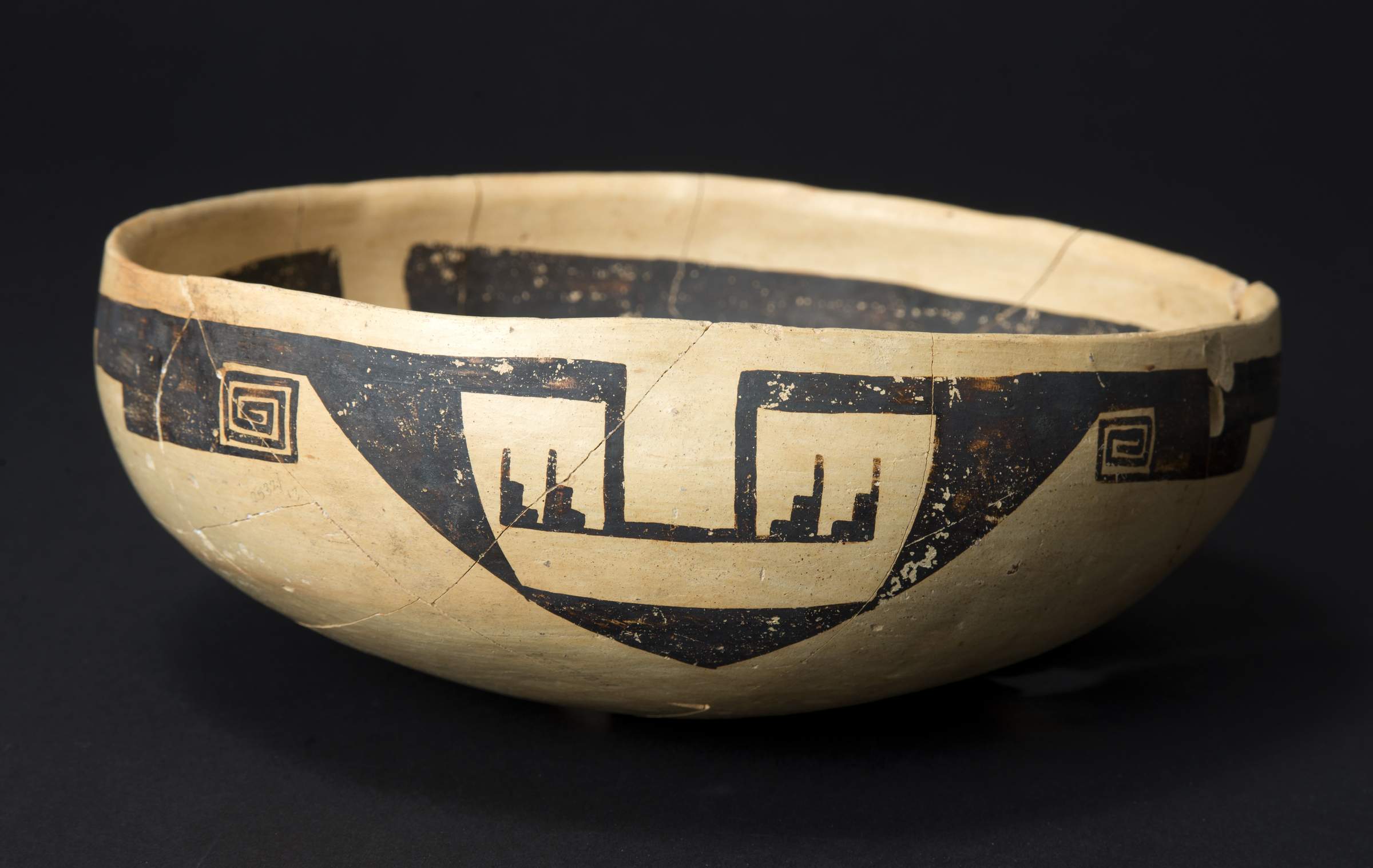 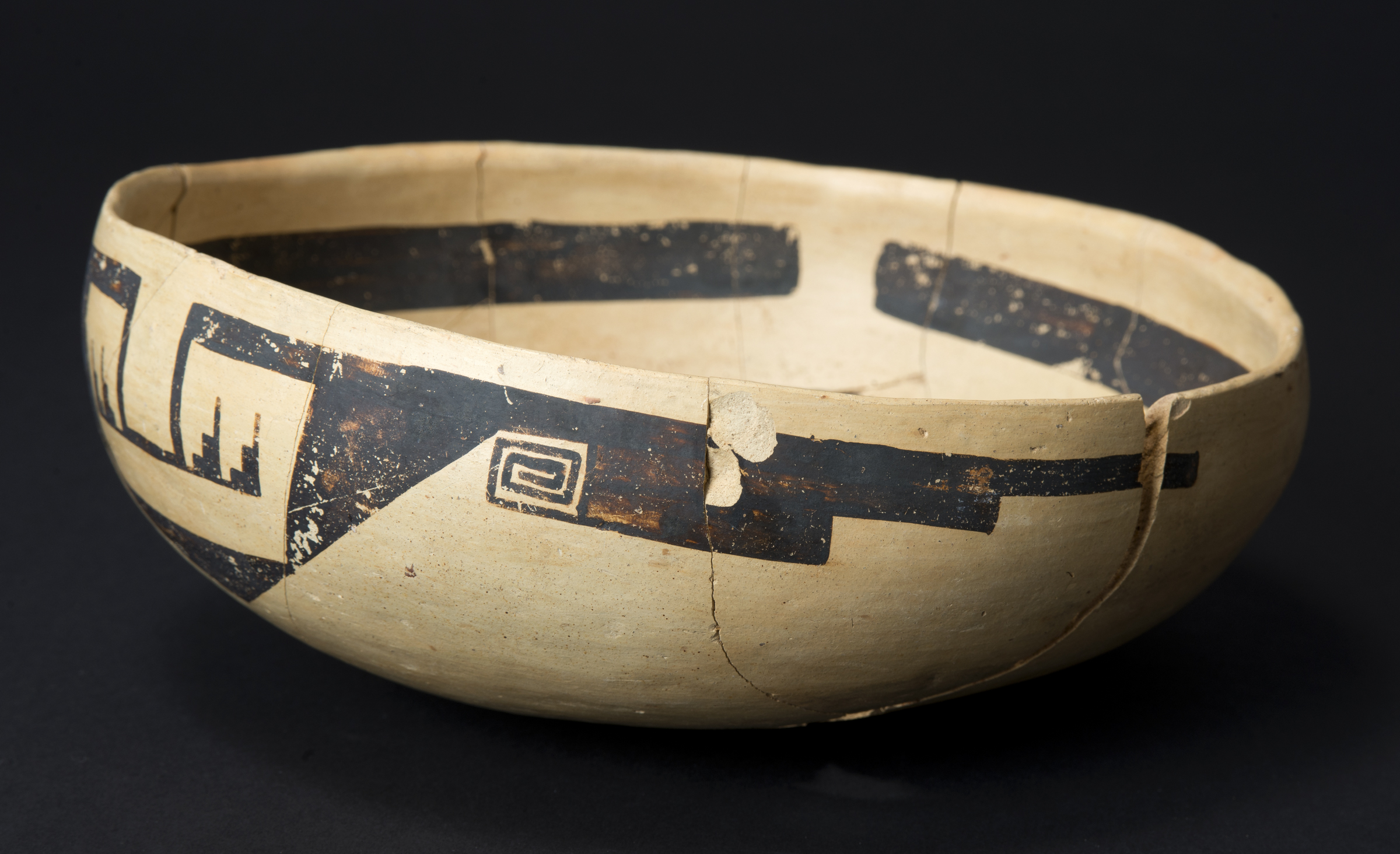 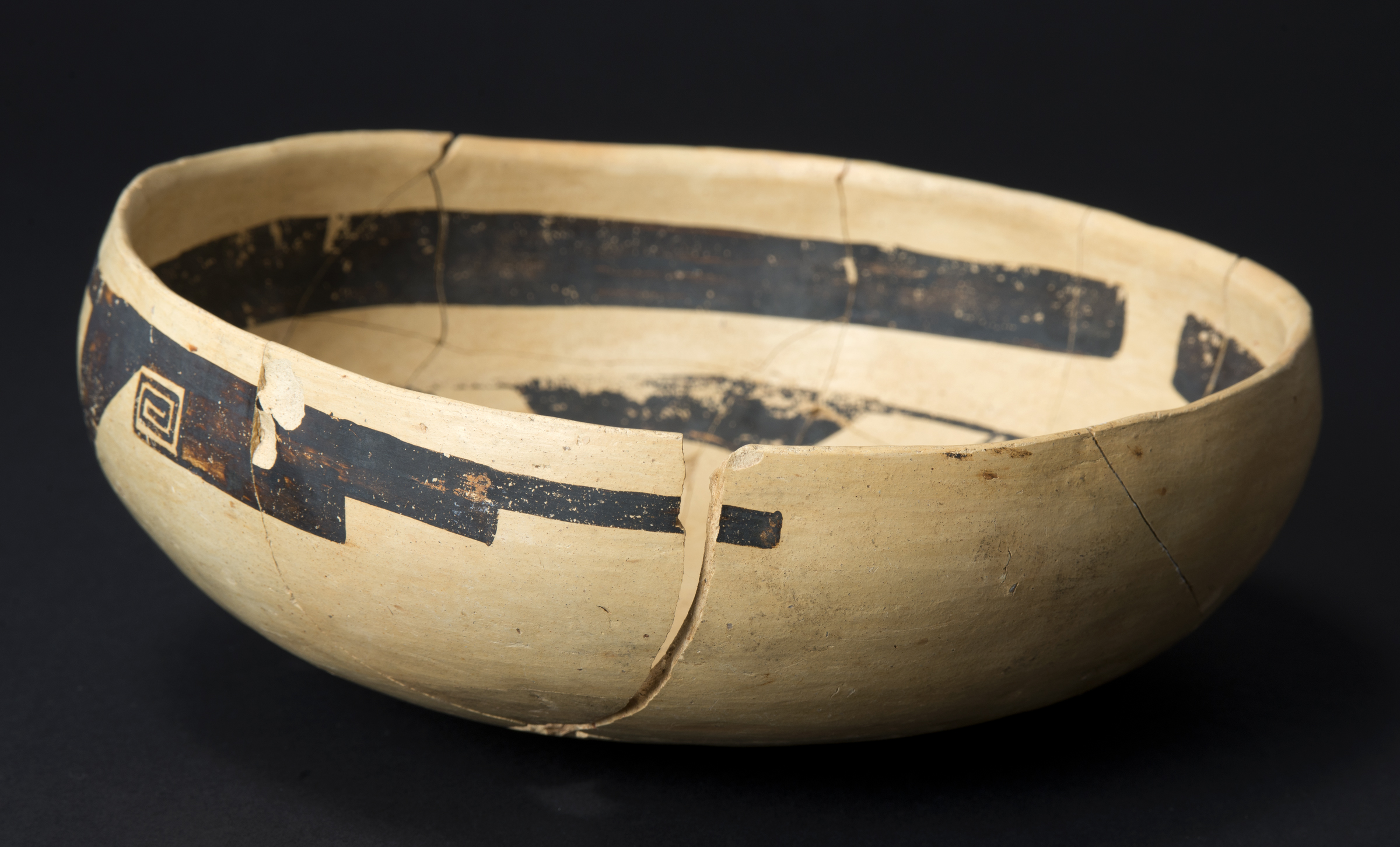 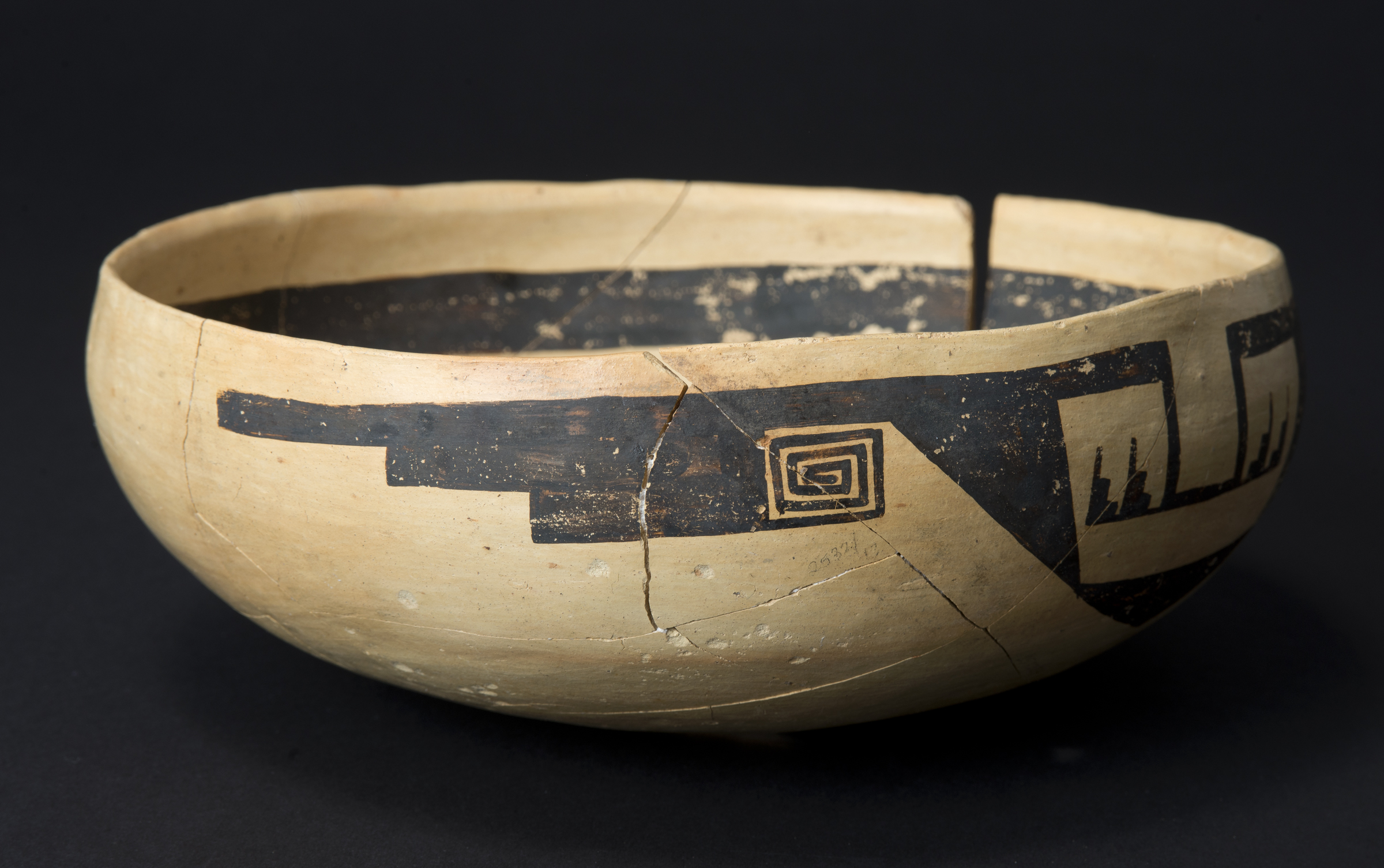 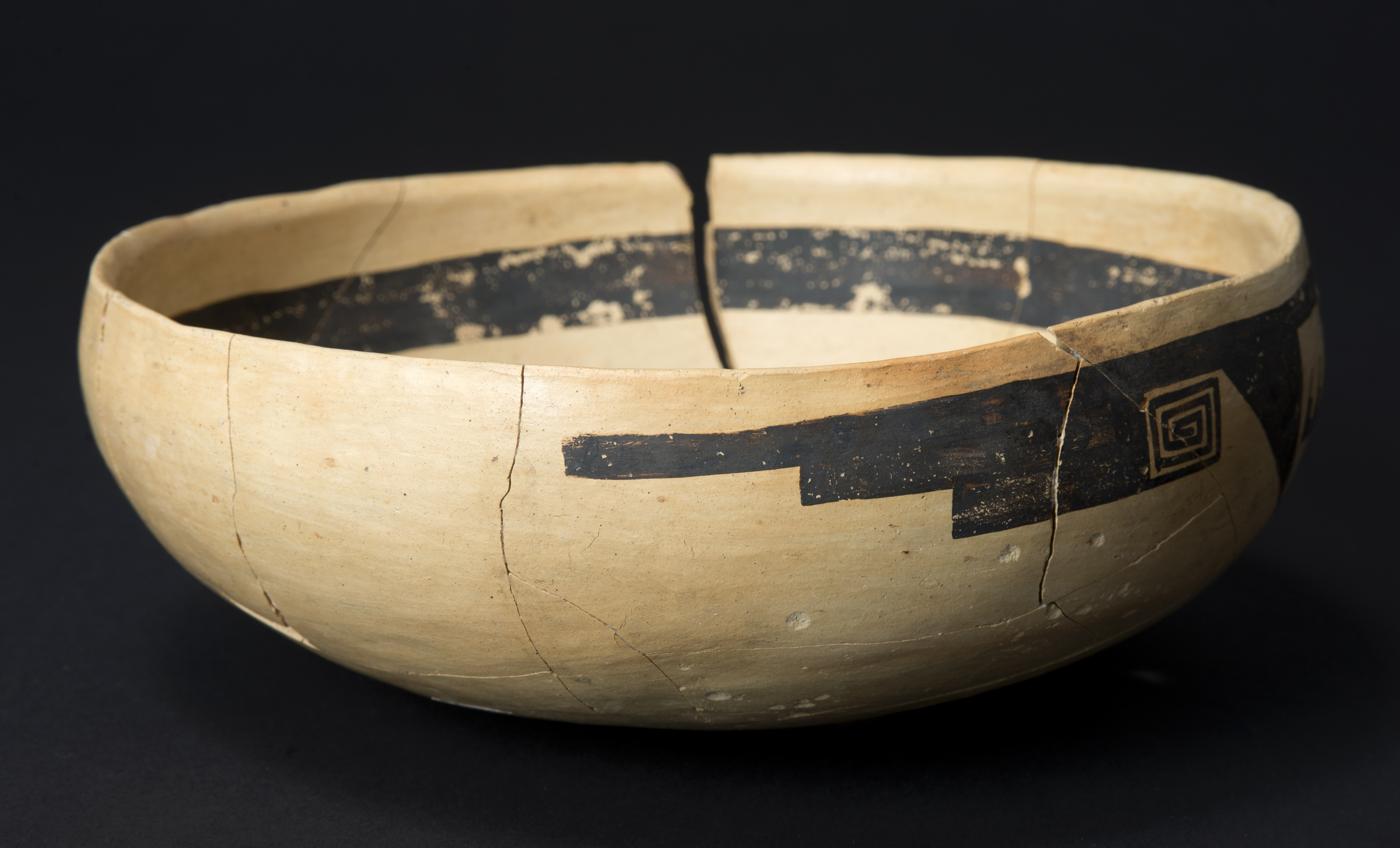 Hays-Gilpin, Kelley A., and Steven A. LeBlanc

LeBlanc, Steven A., and Lucia Henderson

About the Far-flung Distribution of Jeddito Yellow Ware